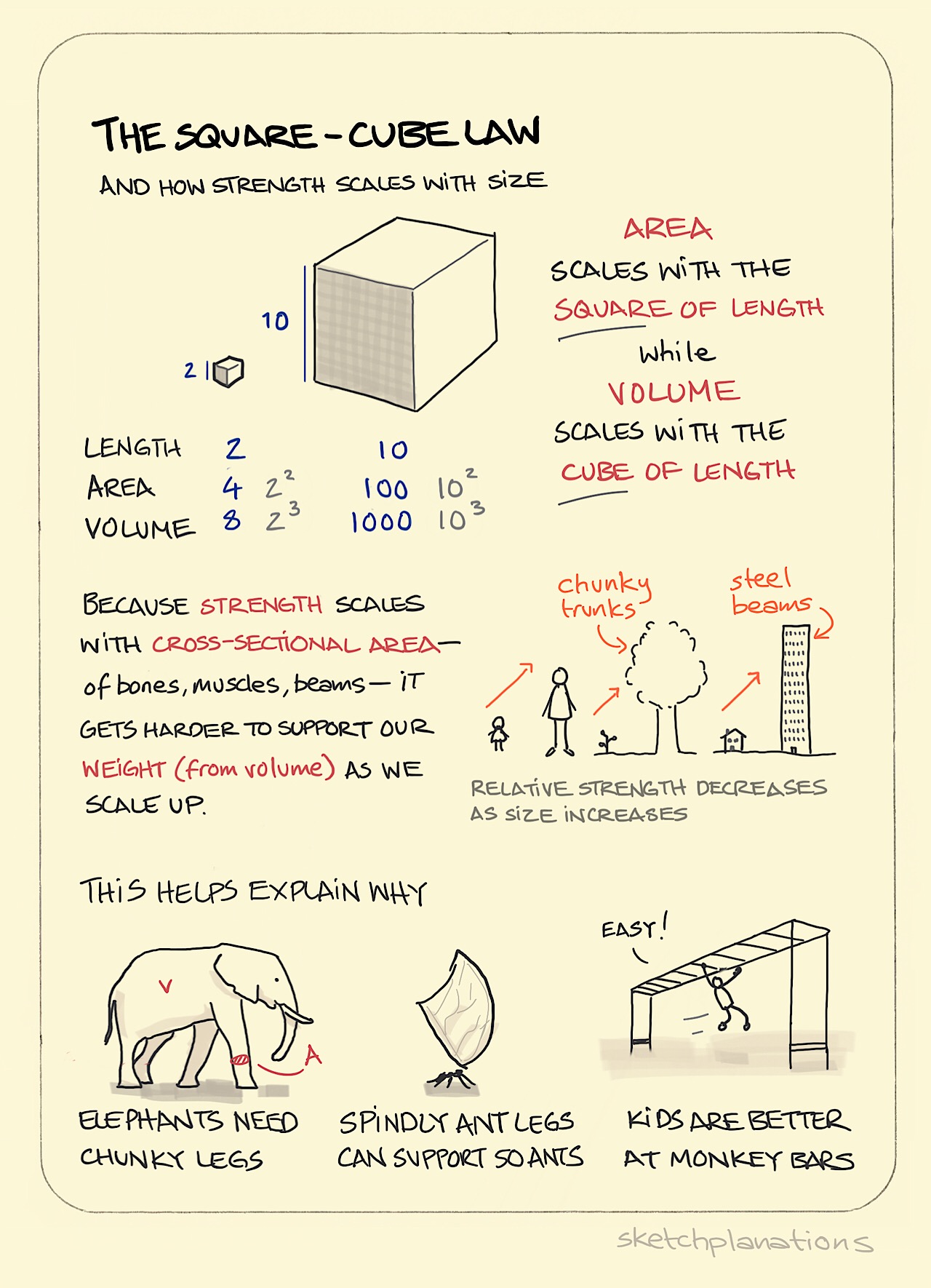 For years, I’ve wondered at how as a kid I found the monkey bars in a playground (often a jungle gym in the US) so much easier to swing on than I do as an adult. And I see our kids swinging around easily on them, while now it’s hard for me just to hang off them. The reason why is partly to do with the square-cube law.

The square-cube law is the deceptively simple observation that as you scale up dimensions — say, as you get taller — then area of the object increases proportional to the square of the length, while volume increases proportional to the cube of length. This fundamental relationship has enormous significance in the sizes and shapes of animals and the limits of how big trees can get and how big we can build our bridges and buildings.

Some corollaries are therefore that children’s small size relative to the area of their muscles and bones makes them relatively stronger than adults and so they can more easily support their weight as they swing on the monkey bars. In the same way, press ups are harder for bigger people than they are for smaller. And while an ant has tiny spindly legs, those legs could easily support 50 other ants of its size, whereas for an elephant to support its own weight it needs chunky legs — not spindly ones — and there’s no chance it could get close to carrying 50 other elephants on its back.

It’s also part of the reason short trees can be spindly, but big sequoias have relatively chunkier trunks, and we need increasingly strong materials to build bigger and bigger skyscrapers compared to the shed in your garden.

Galileo discussed this back in 1638 and it still requires some getting your head around today.

For this and other fascinating insights of scaling check out Scale, by Geoffrey West. 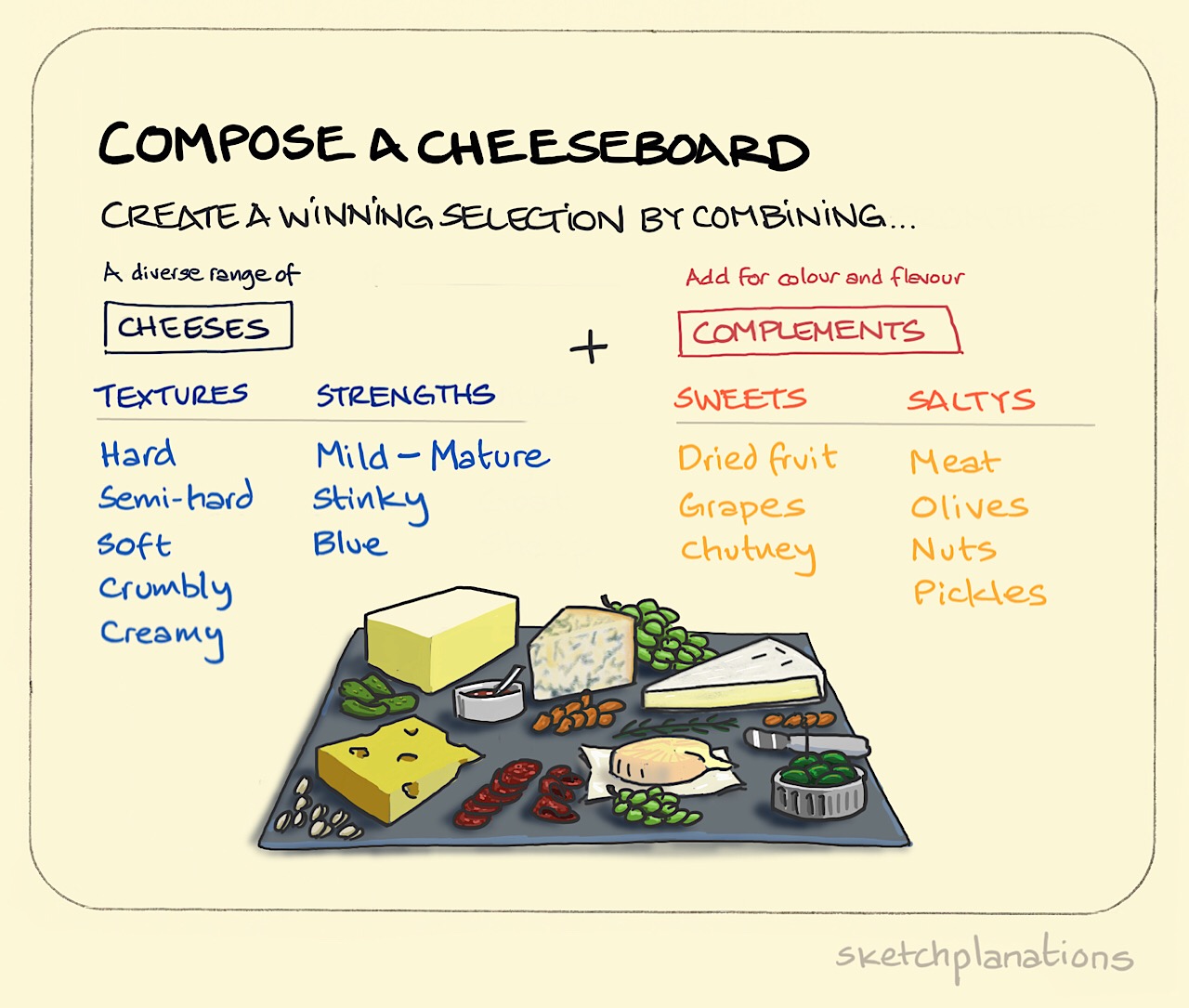 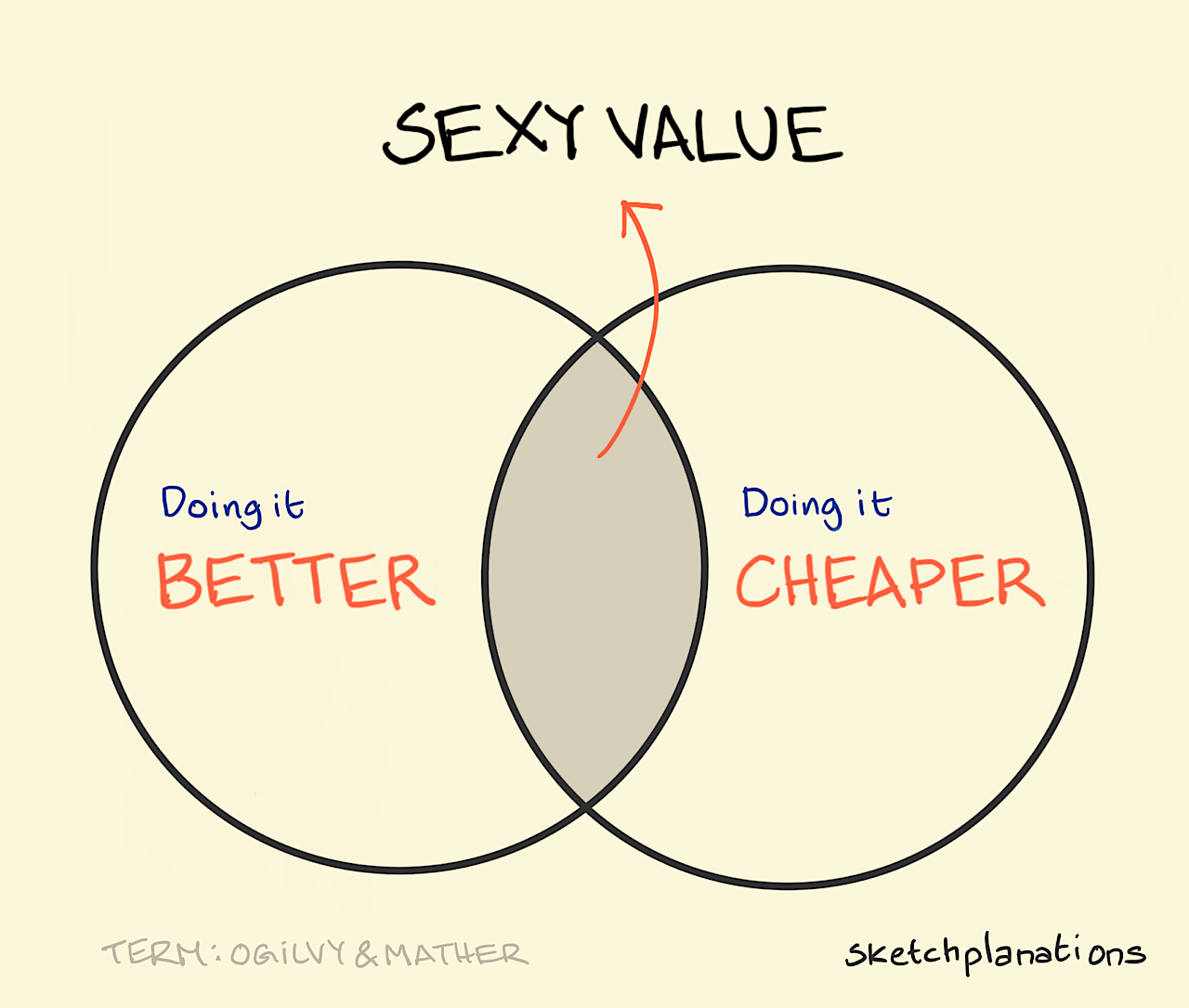 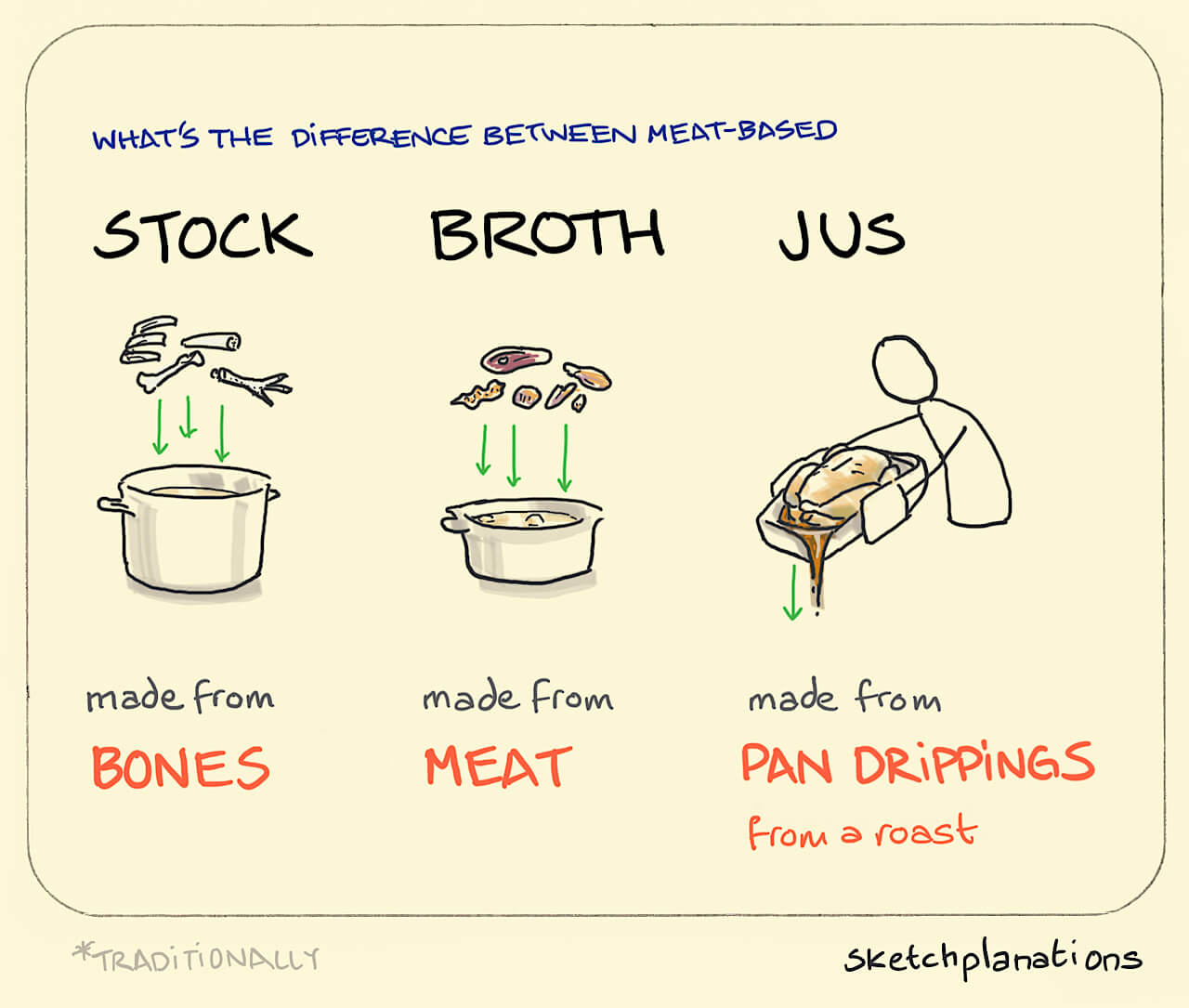 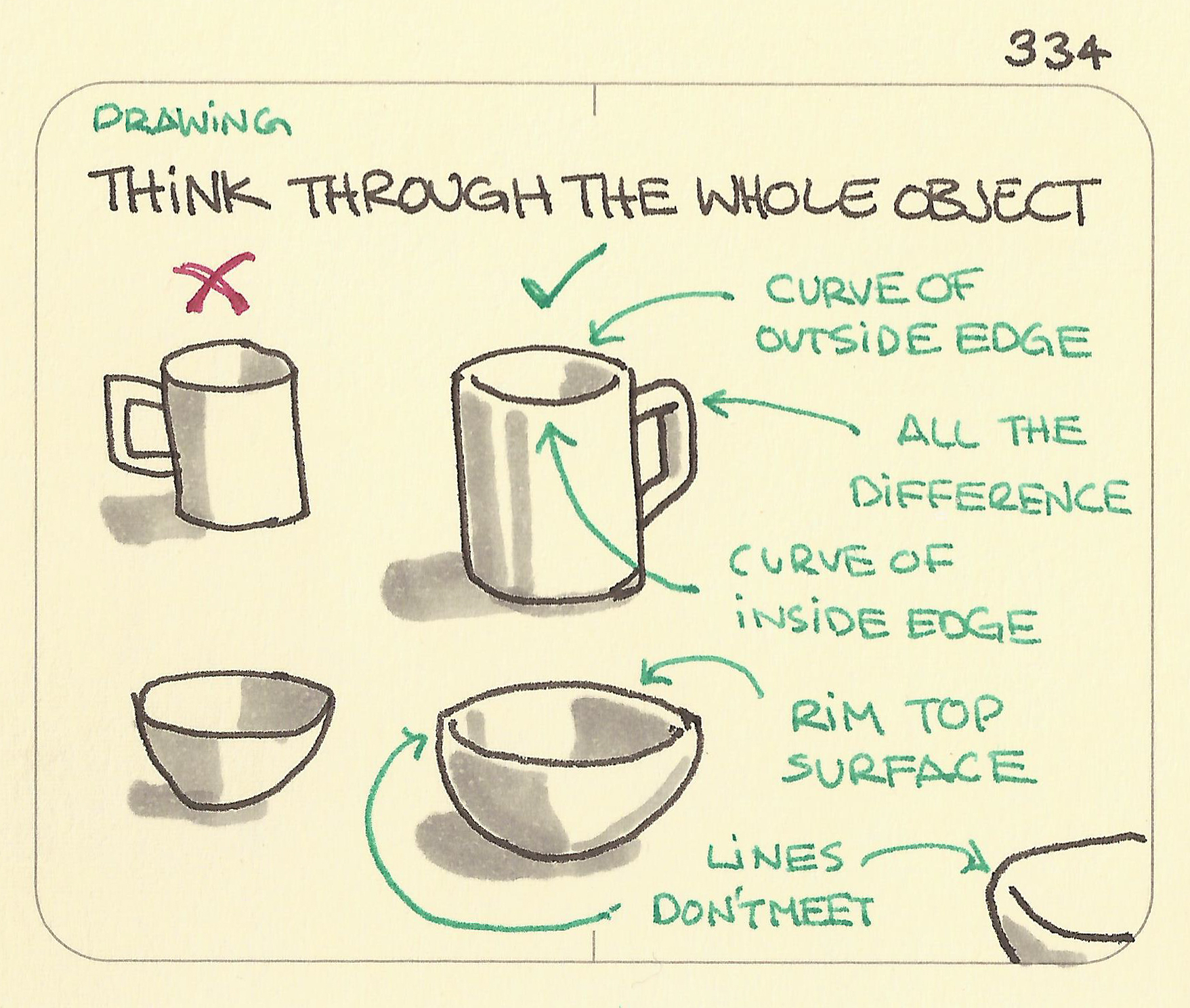 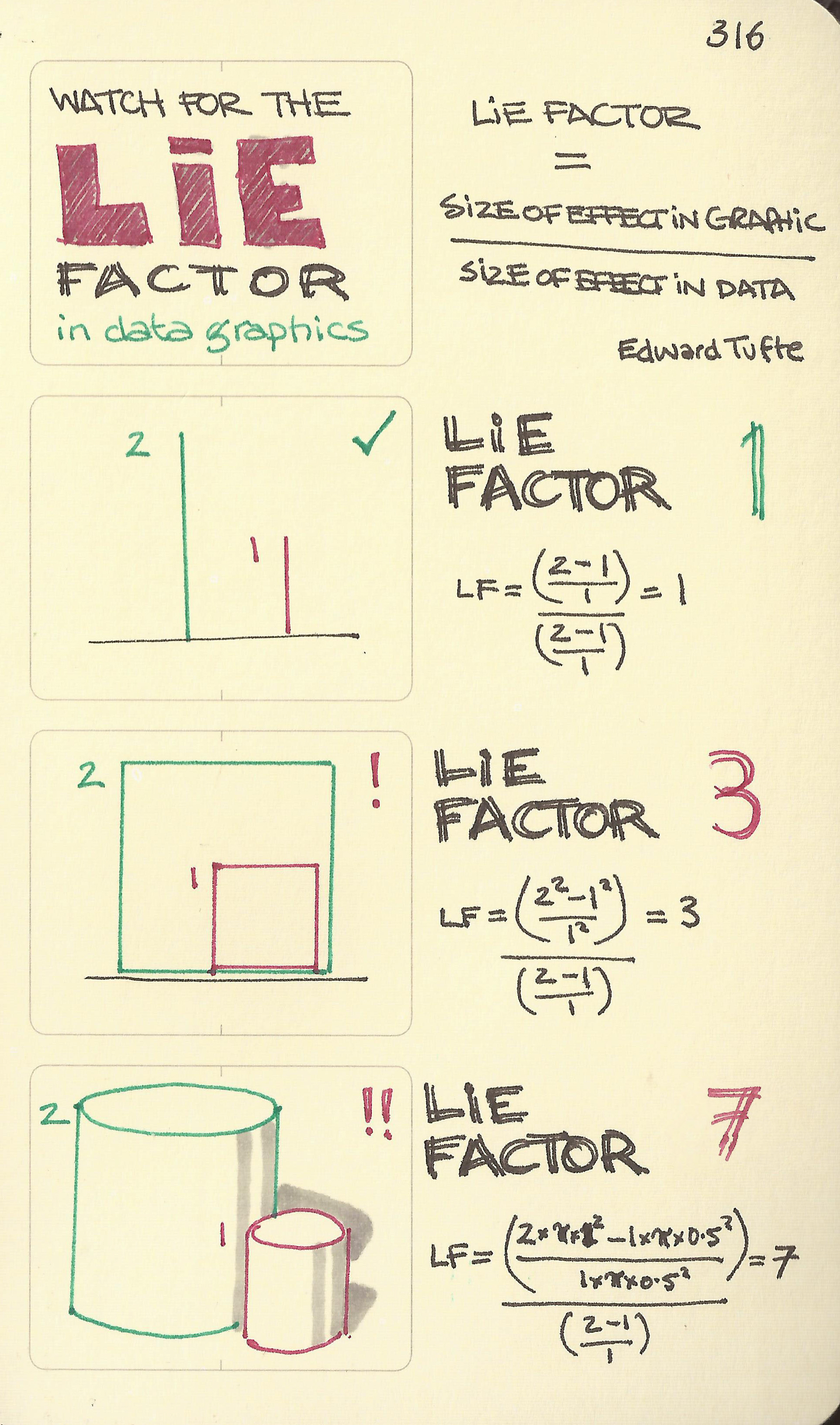