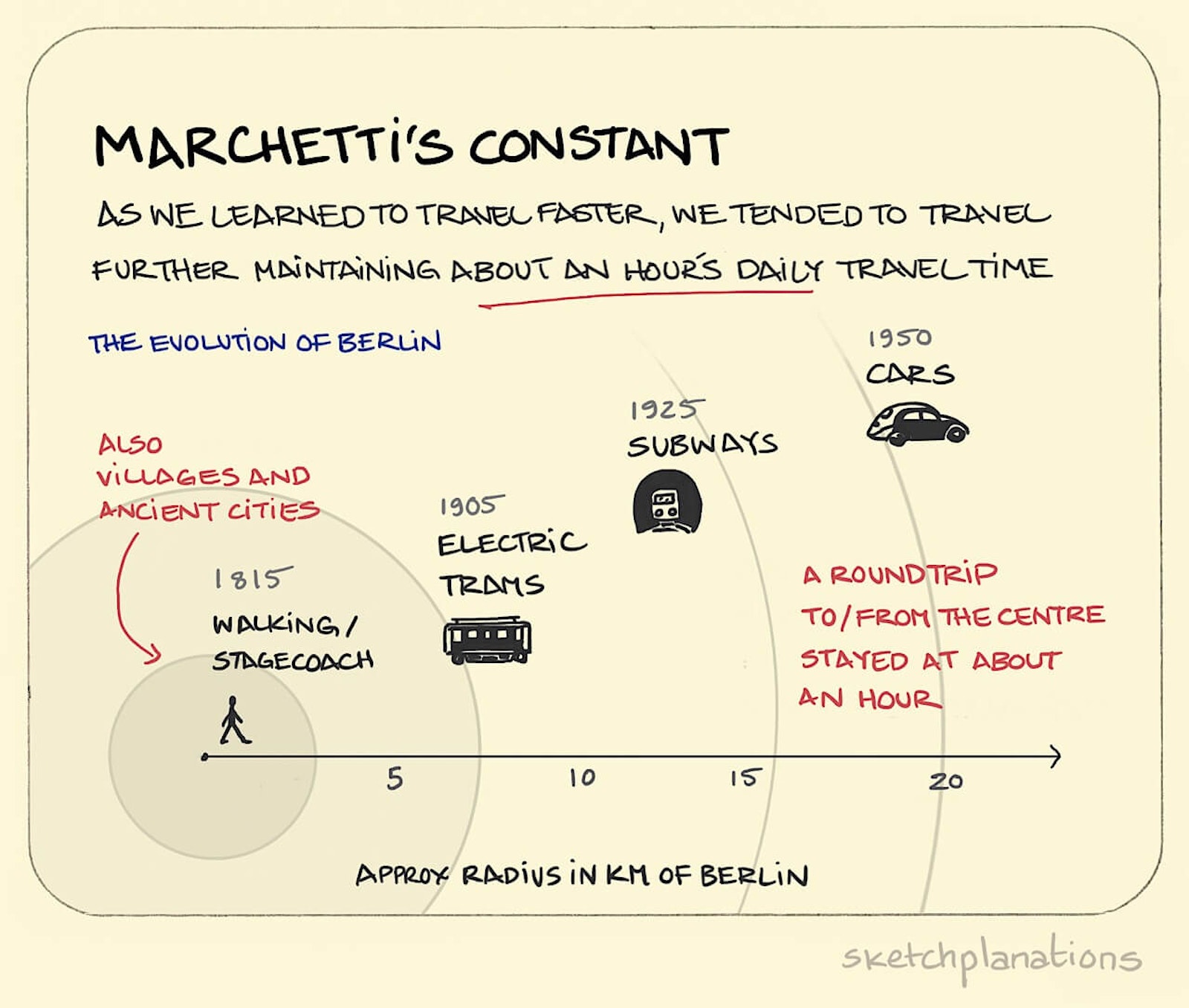 This is the idea that people across history budget on average about an hour a day for traveling. Originally observed by Yacov Zahavi, it came from the observation that even as our means of transport sped up, instead of traveling less each day we would just travel further. As in the sketch, this leads to a conclusion that the size of our cities increases partly according to how efficiently we can travel in and out—they generally increase to a size that maintains about an hour round-trip journey.

Cesare Marchetti observed that Greek villages and ancient walking cities, for example, as marked by ancient city walls, tend to share a radius of about 2.5km. Walking at a typical 5km/hr that makes an hour round trip journey. He also pointed out that: “Even people in prison for a life sentence, having nothing to do and nowhere to go, walk around for one hour a day, in the open.”

Unfortunately, if you live in London, the average round-trip seems to be an exception of 1h30.

This is also known as the constant travel time budget hypothesis.

Also see isochrones. It might be interesting to look at these according to transport method… 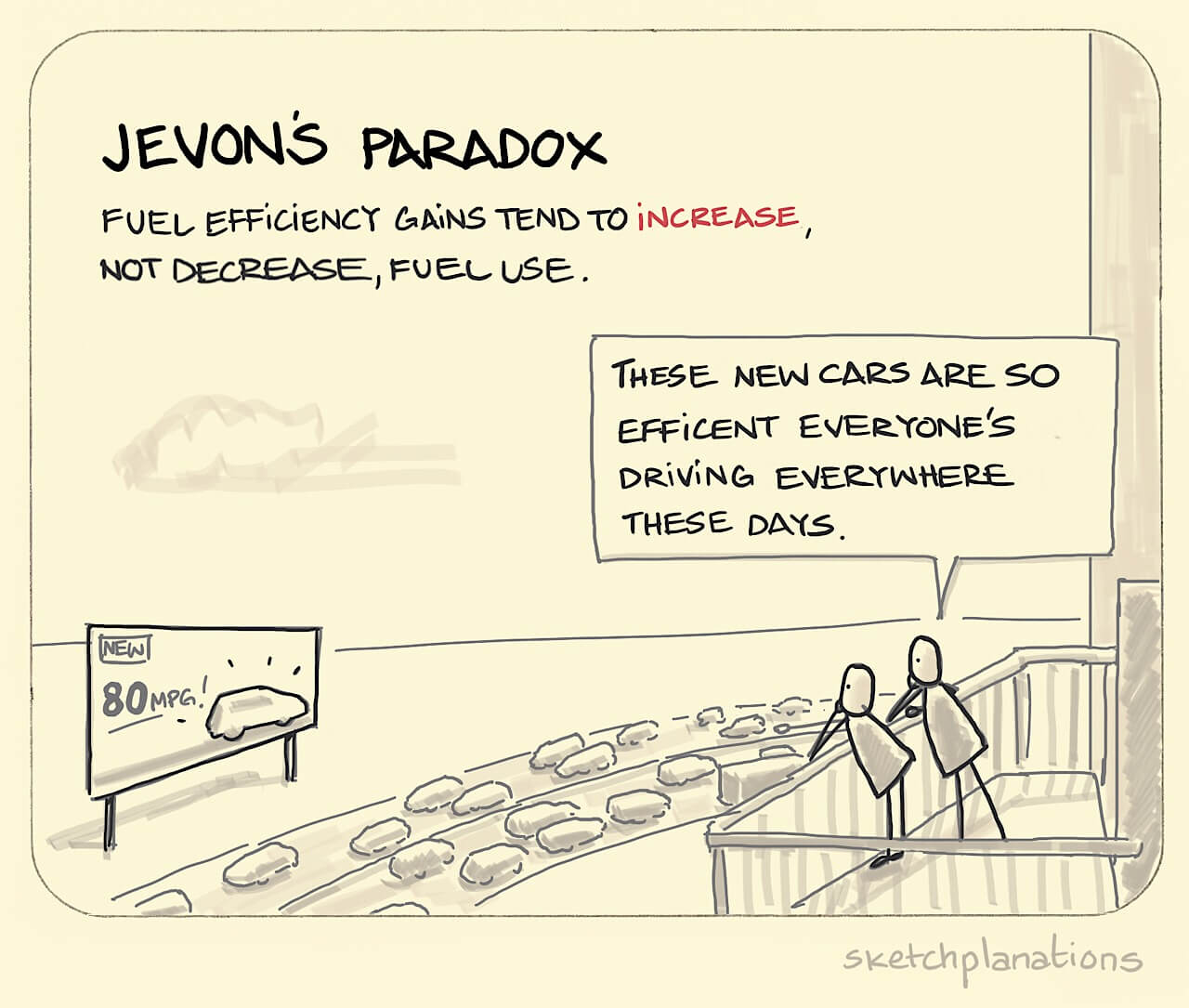 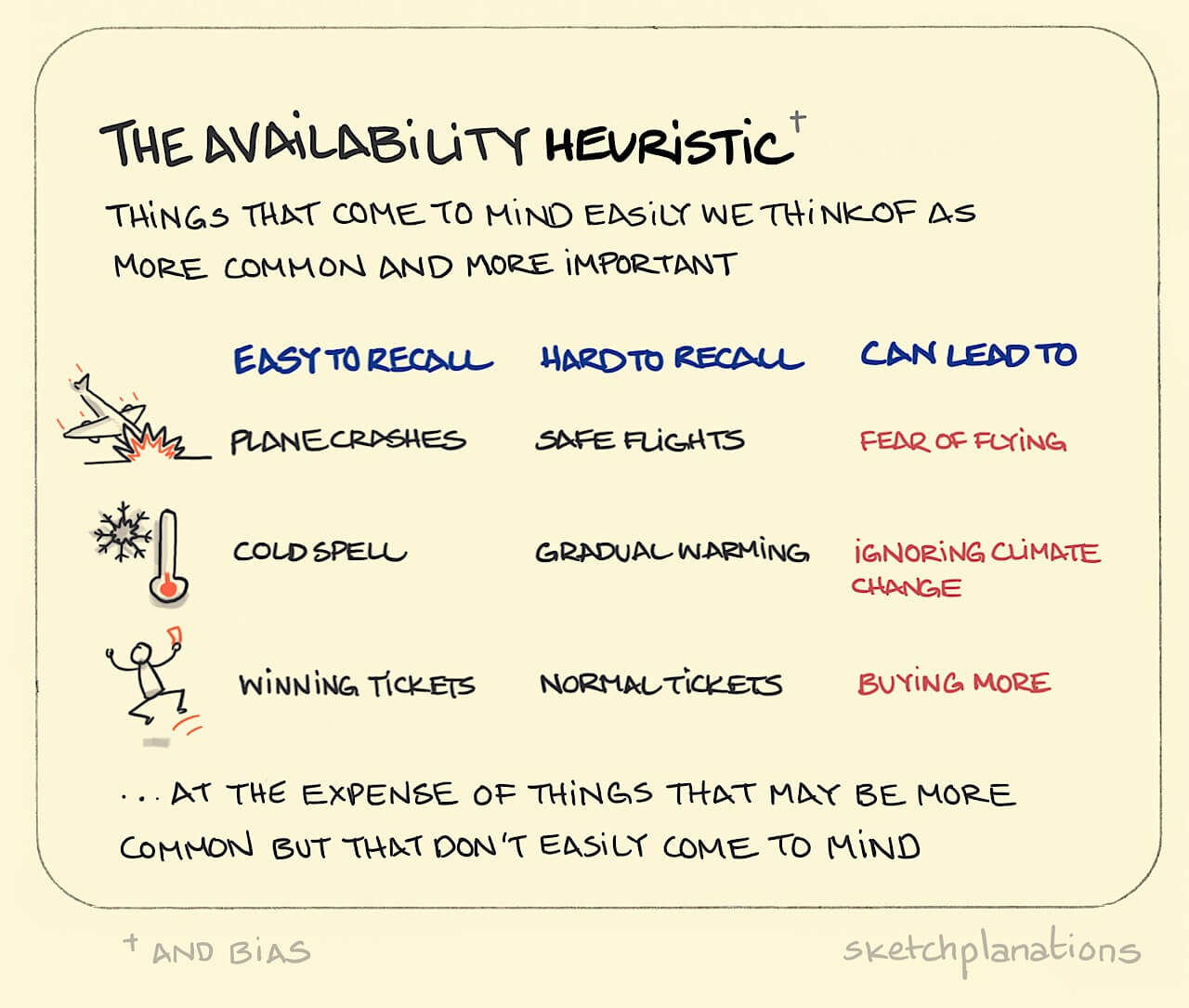 The availability heuristic (and bias)
k