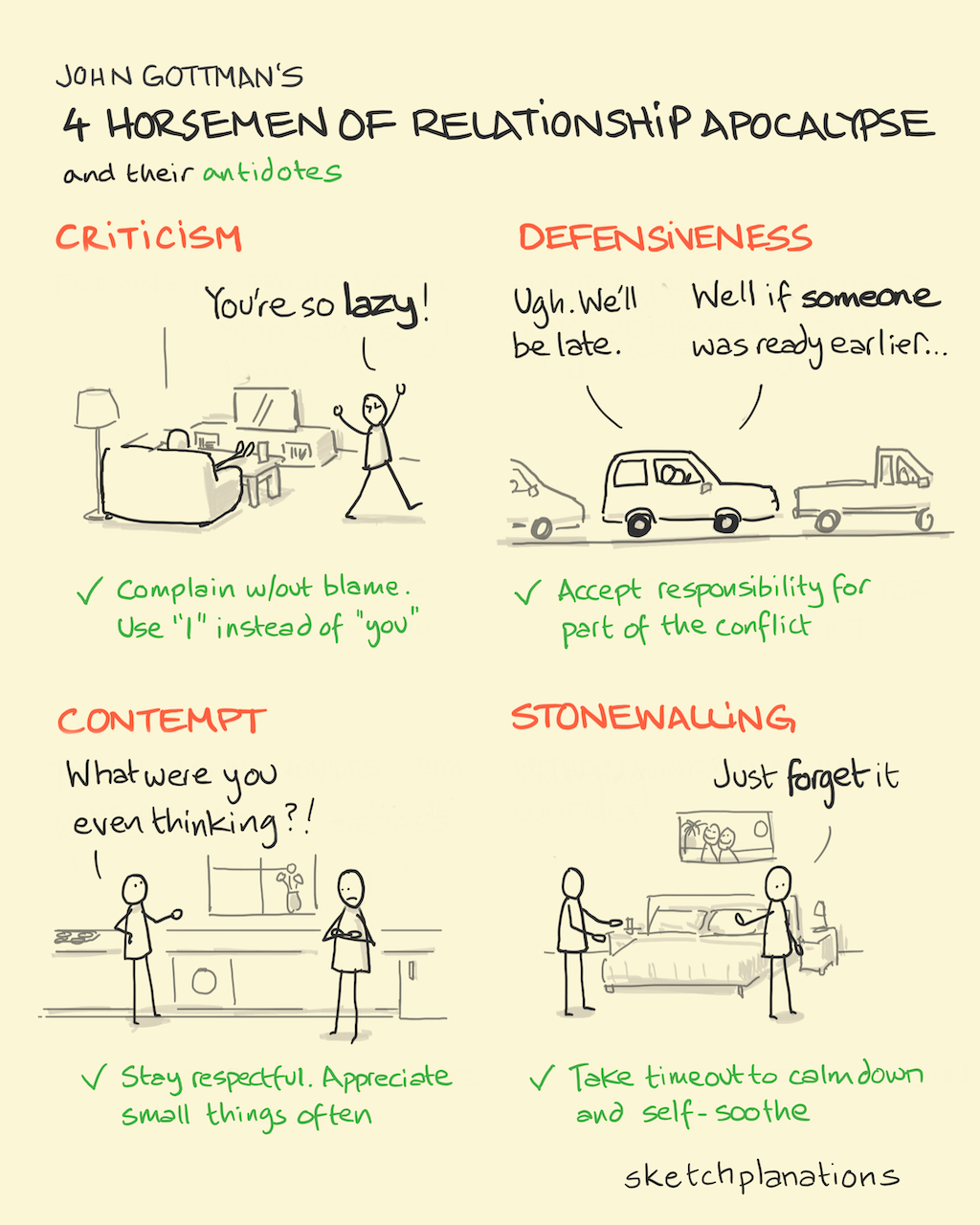 The 4 horsemen of relationship apocalypse

John Gottman and colleagues identified what he calls the four horsemen of the apocalypse for relationships. They are called this as, left unchecked, they can spell the death knell to a once healthy relationship. In fact, they found that by watching just 3 mins of a conflict conversation between a couple they could predict whether they would still be together years later with over 90% accuracy.

The four horsemen are:

In my first draft of this sketch I left it at that, but it felt a bit negative to leave it hanging on everything we do that's wrong and harmful. Fortunately, there are antidotes to the four horsemen, the traits they saw the masters at relationships use instead. The Gottman Institute explains the four horsemen and their antidotes in more detail.

Watch John Gottman explain the four horsemen in his own words. 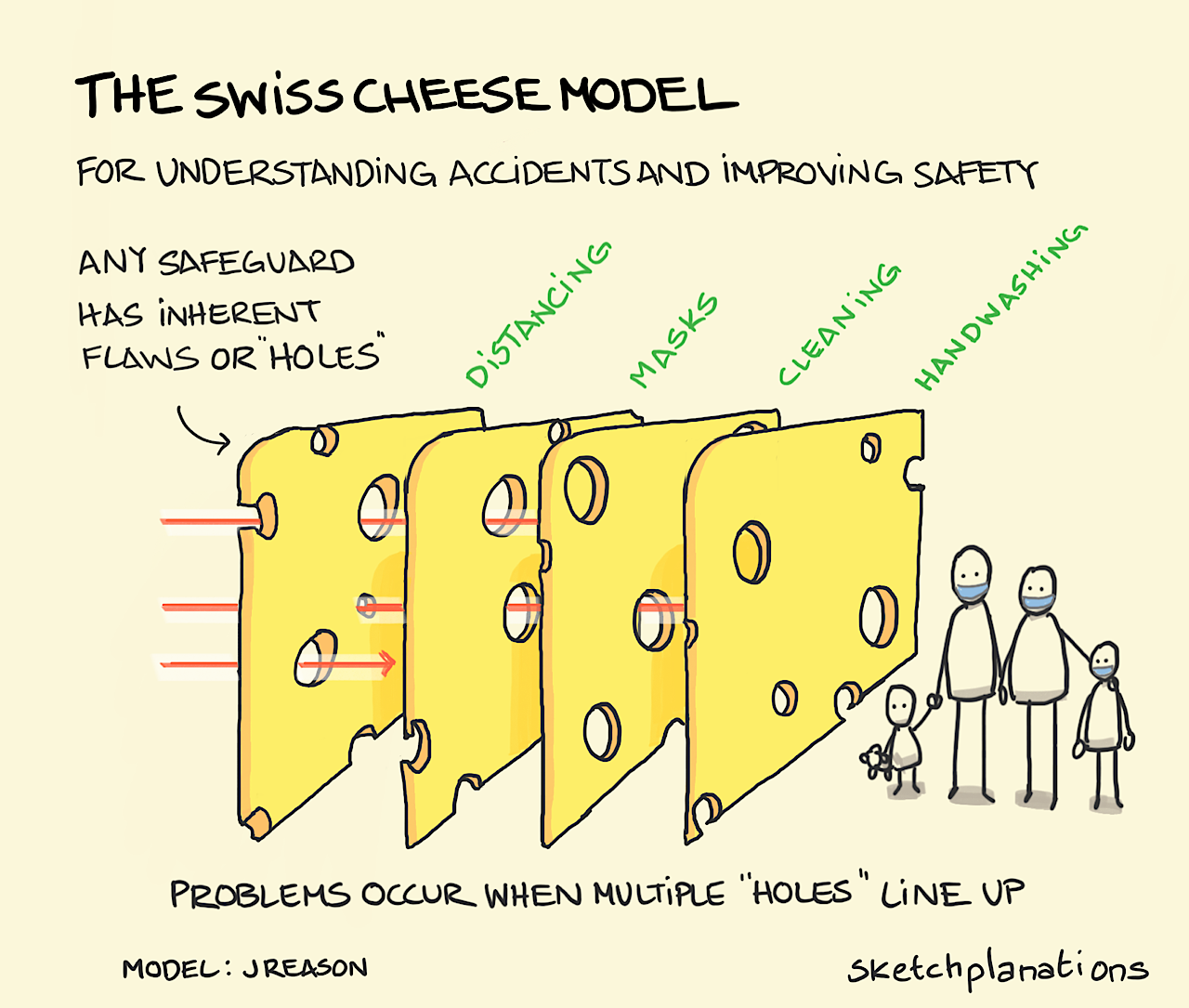 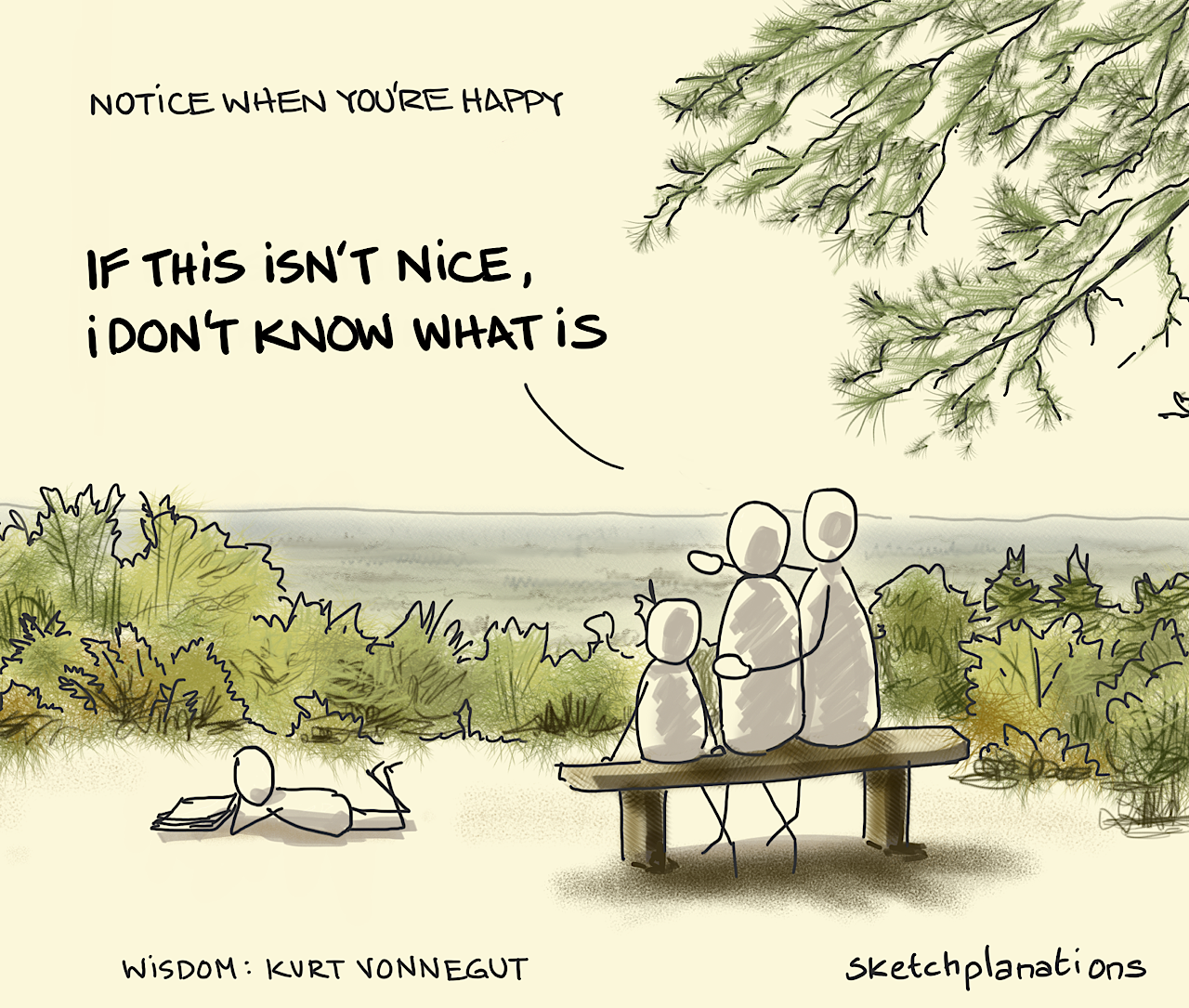 If this isn’t nice, I don’t know what is
k