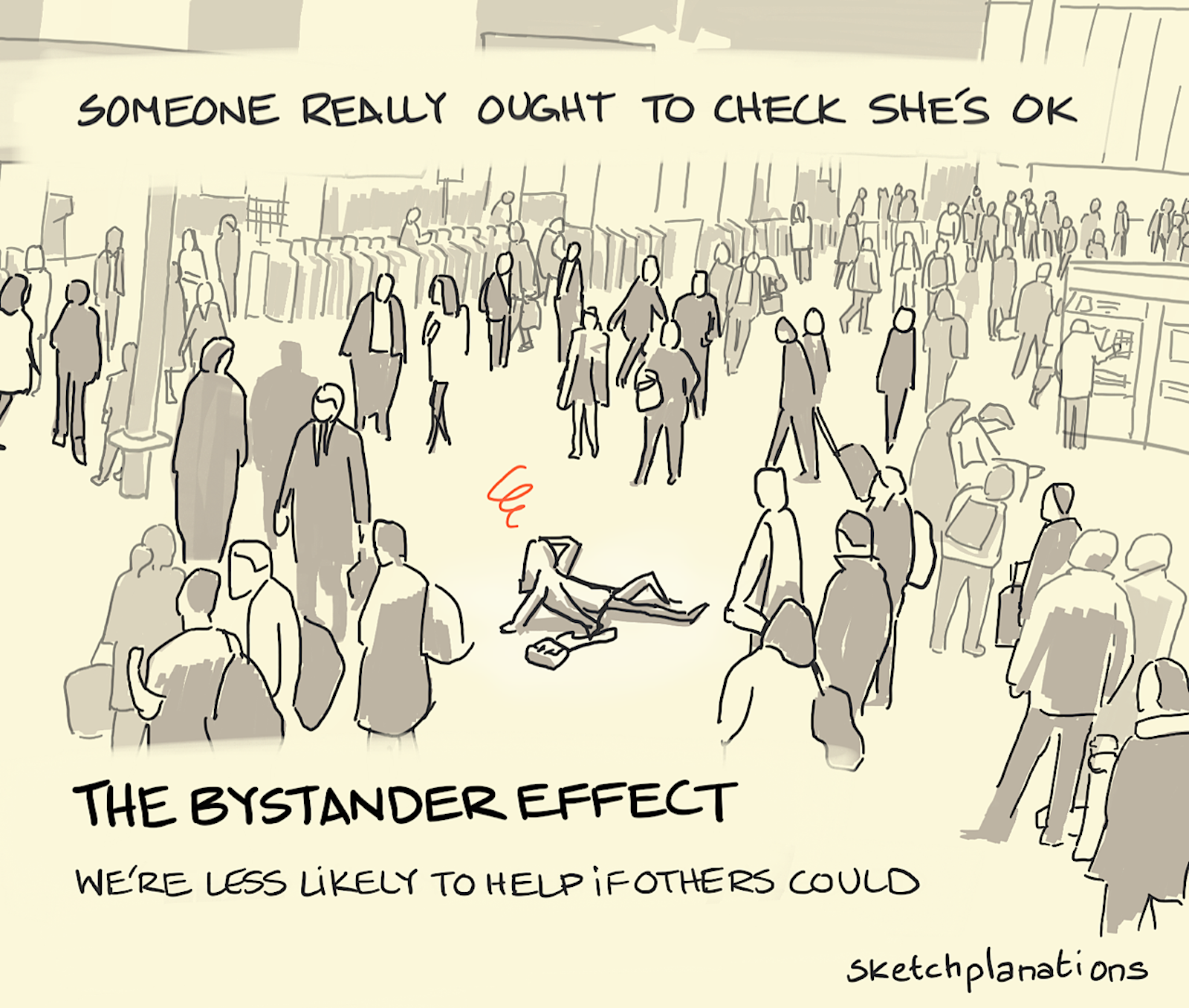 The essence of the bystander effect is that in a situation where someone needs help, if others are around who could help then it discourages us as individuals from stepping in.

While there may be many reasons for this, and it has been replicated in lots of different contexts, a recent study of CCTV footage paints a more optimistic picture. In the study they saw that although the likelihood of any individual intervening may be reduced with other bystanders present, the chances of someone coming to help increases the more people are around. In 9 out of 10 public conflicts they studied at least one person and often several came to help. So the lady in the sketch would probably be OK.

Given the bystander effect I remember being taught that if you are in a motor vehicle accident don't assume that someone has called for help already: it could help to choose someone directly and ask them to call for help to avoid everyone thinking everyone else will do it.

It reminds me of the story about four people named Everybody, Somebody, Anybody and Nobody: 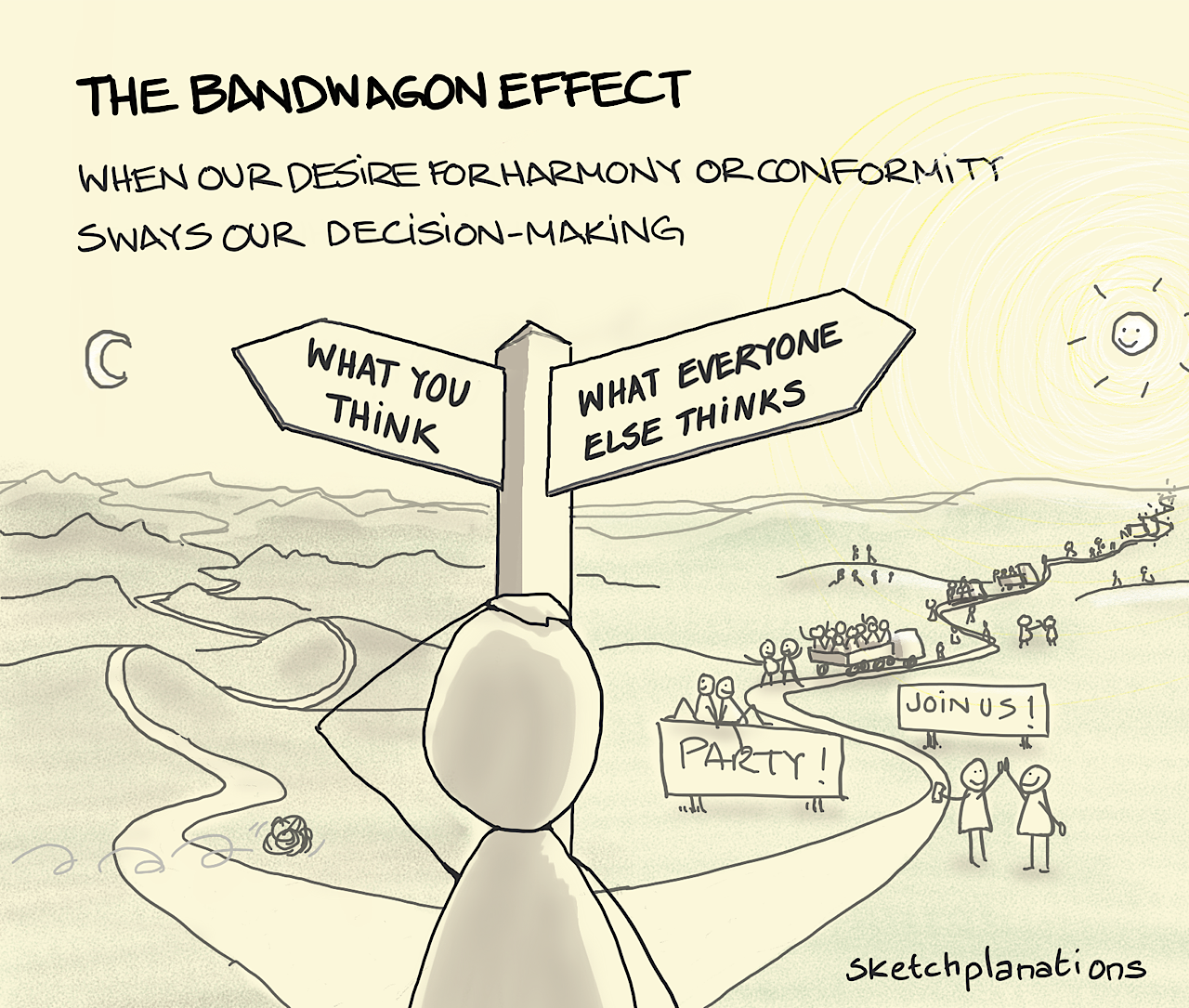 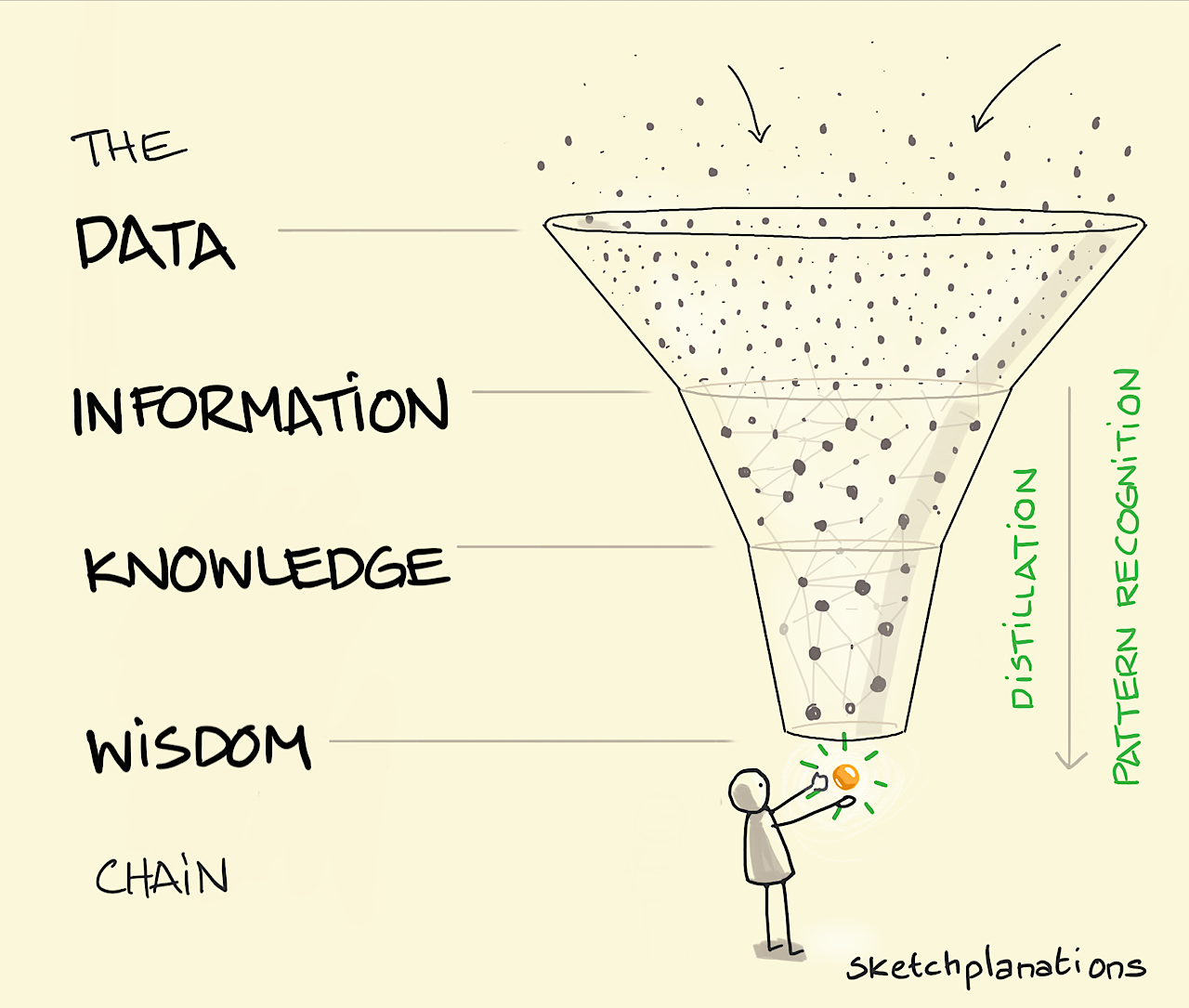