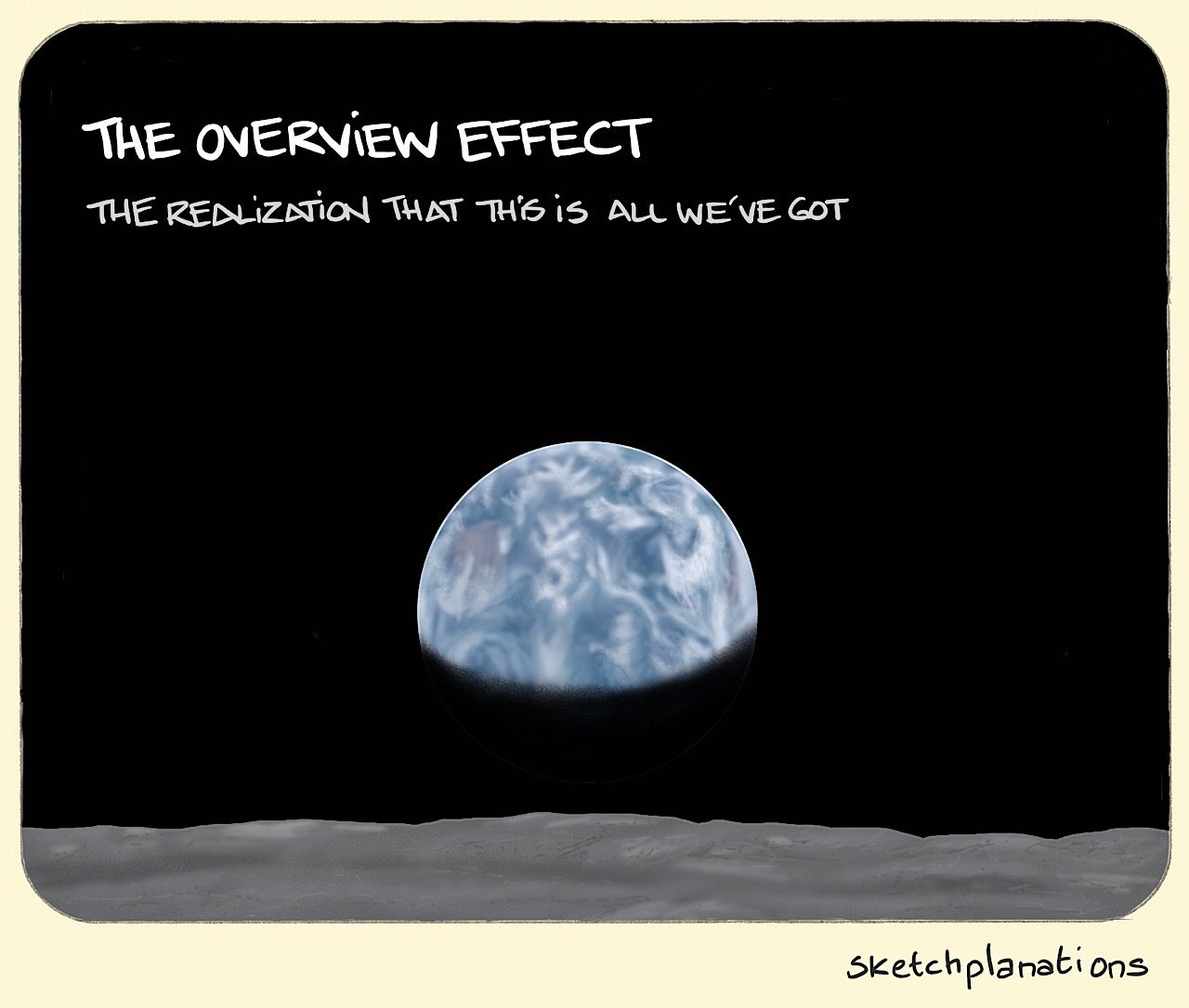 Astronauts returning from space have repeatedly shared experiences like this:

“You develop an instant global consciousness, a people orientation, an intense dissatisfaction with the state of the world, and a compulsion to do something about it. From out there on the moon, international politics look so petty.”— Edgar Mitchell, Apollo 14 astronaut

“When we look down at the earth from space, we see this amazing, indescribably beautiful planet. It looks like a living, breathing organism. But it also, at the same time, looks extremely fragile … Anybody else who’s ever gone to space says the same thing because it really is striking and it’s really sobering to see this paper-thin layer and to realize that that little paper-thin layer is all that protects every living thing on Earth from death, basically. From the harshness of space.”— Shuttle/ISS astronaut Ron Garan

The overview effect, coined by Frank White, is kind of the mother of seeing the forest for the trees. It’s the realisation that we live on a fragile planet, we are all connected, and this is all we’ve got.

The sketch is based on the image of earth from the moon taken on the Apollo 11 mission. 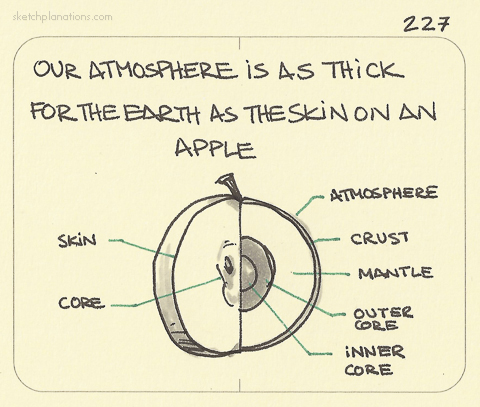