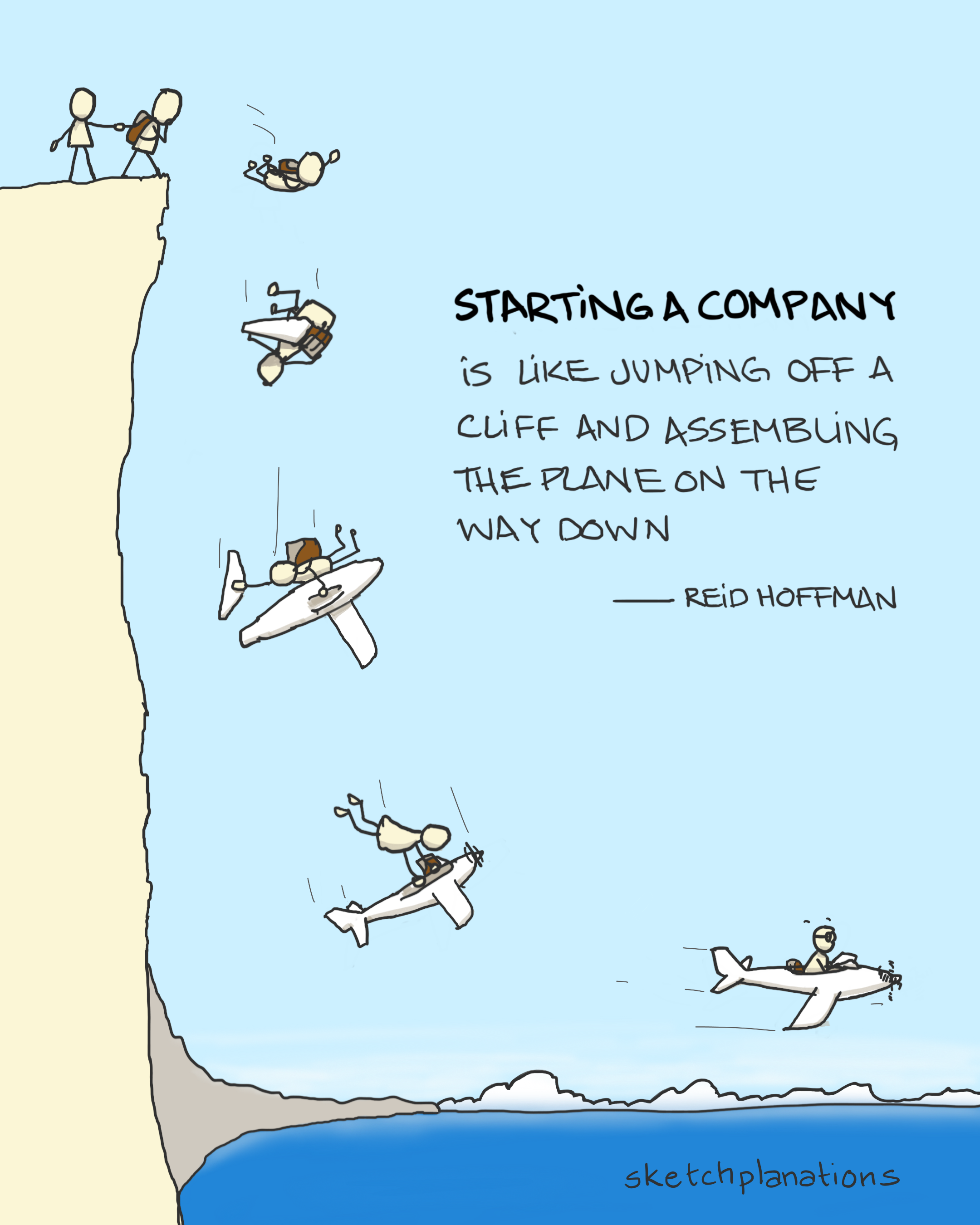 "Starting a company is like jumping off a cliff and assembling the plane on the way down."

But just because it's hard, doesn't mean you shouldn't do it. I remember receiving some advice that you shouldn't wait around for the right time to have children as you'll never find it. I suspect starting a company is similar. It reminds me of this lovely quote I have taken to heart from Hugh Laurie:

"It's a terrible thing, I think, in life to wait until you're ready. I have this feeling now that actually no one is ever ready to do anything. There is almost no such thing as ready. There is only now. And you may as well do it now. Generally speaking, now is as good a time as any."

As far as I could tell, unconsciously or separately, Reid's version relates to Ray Bradbury's earlier advice of jumping off a cliff and building your wings on the way down.