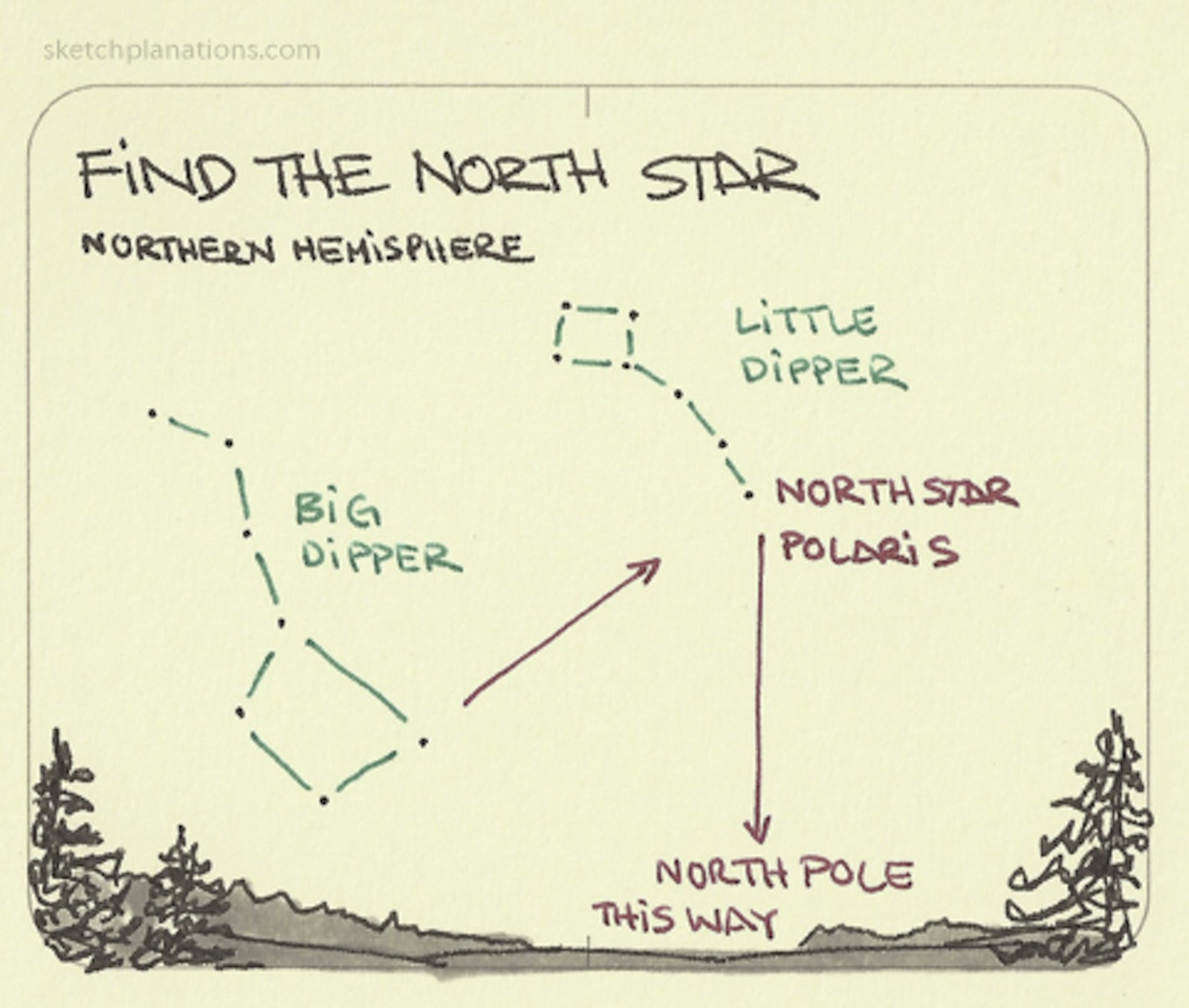 In the Northern hemisphere you can use this handy technique to find the North star, or pole star, that is always almost due North. Follow the last two stars of the Big Dipper, known as the plough in the UK, to a prominent star. Handy for a navigation sanity check at night.

The North star is the star that stays fixed in those neat star trails photos with all the stars rotating in a circle as the earth turns.

In the Southern hemisphere you can use the Southern Cross and the Pointers to find South, but it's not quite as simple as in the North.