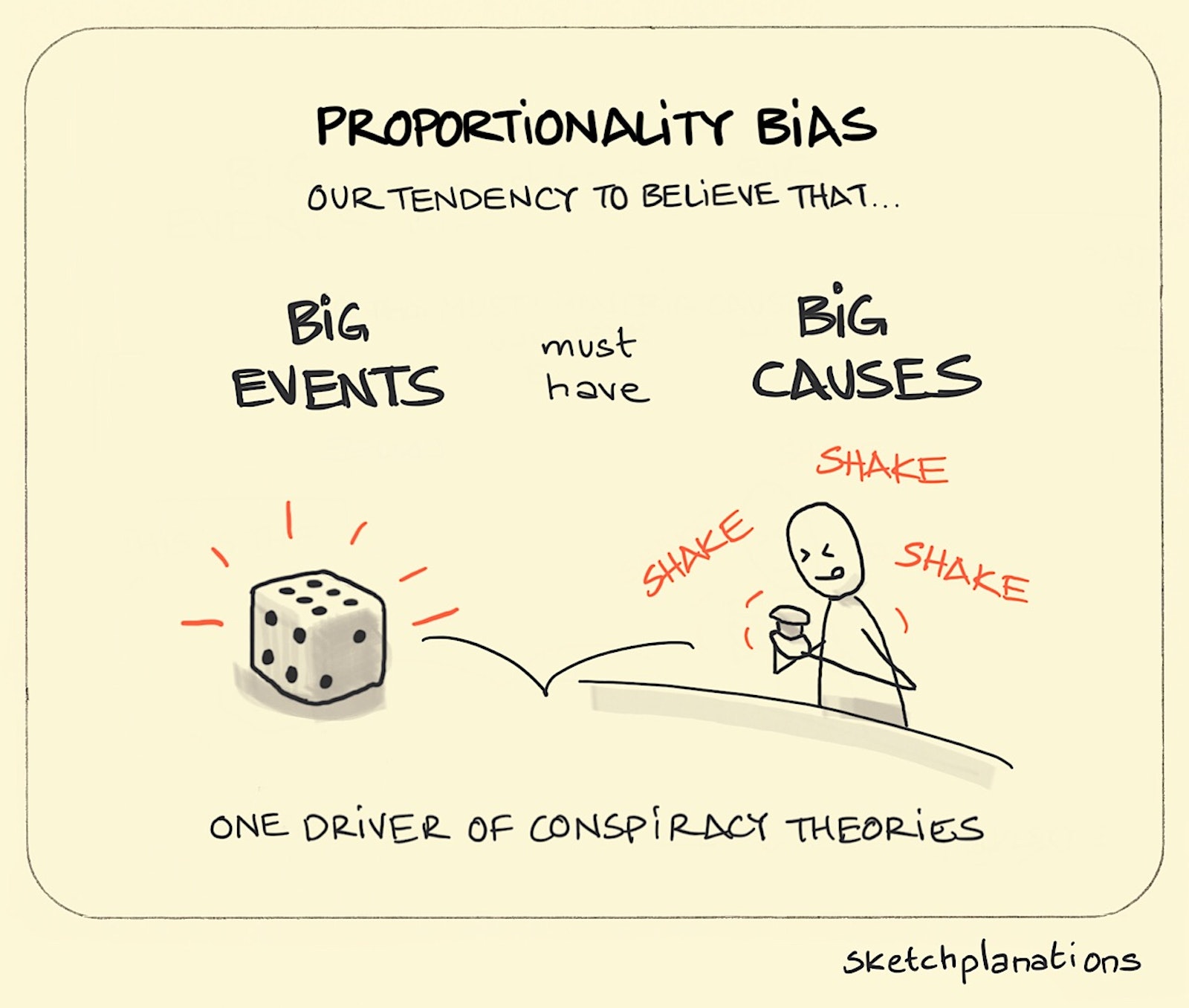 We have a natural tendency to think that big events must have big causes. For instance, in one study, participants who were told that a plane had crashed and everyone died were more likely to believe it was a terrorist incident than one in which they were told a plane had crashed but people survived. It might also help explain why, when we want to roll that big lucky number to win, we might find ourselves giving the dice an extra shake before rolling, as if the extra effort might lead to the better outcome.

Normally, proportionality bias makes a lot of sense, but sometimes it leads us astray. Working with software, for example, might help train this out of us as a mere misplaced comma can bring entire systems grinding to a halt. And small changes to ecosystems, or, say, a small temperature rise on a planet, can lead to massive consequences.

Proportionality bias is considered one of the drivers of conspiracy theories. For example, we might be inclined to think that someone like Lady Diana couldn’t possibly have just died in a driving accident — there must be more to it. Or JFK couldn’t have been killed just by a lone gunman — there must be a larger plot at work. 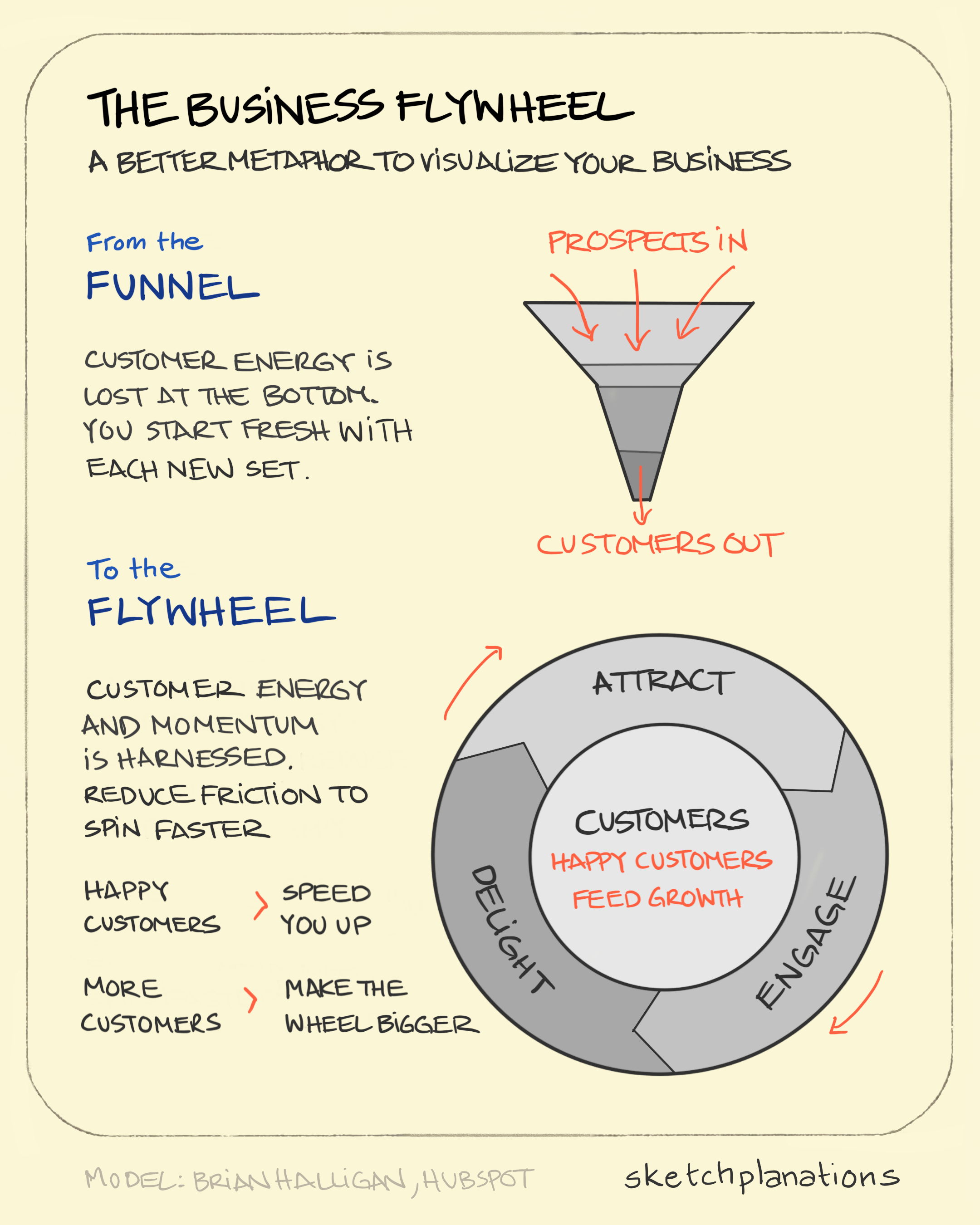 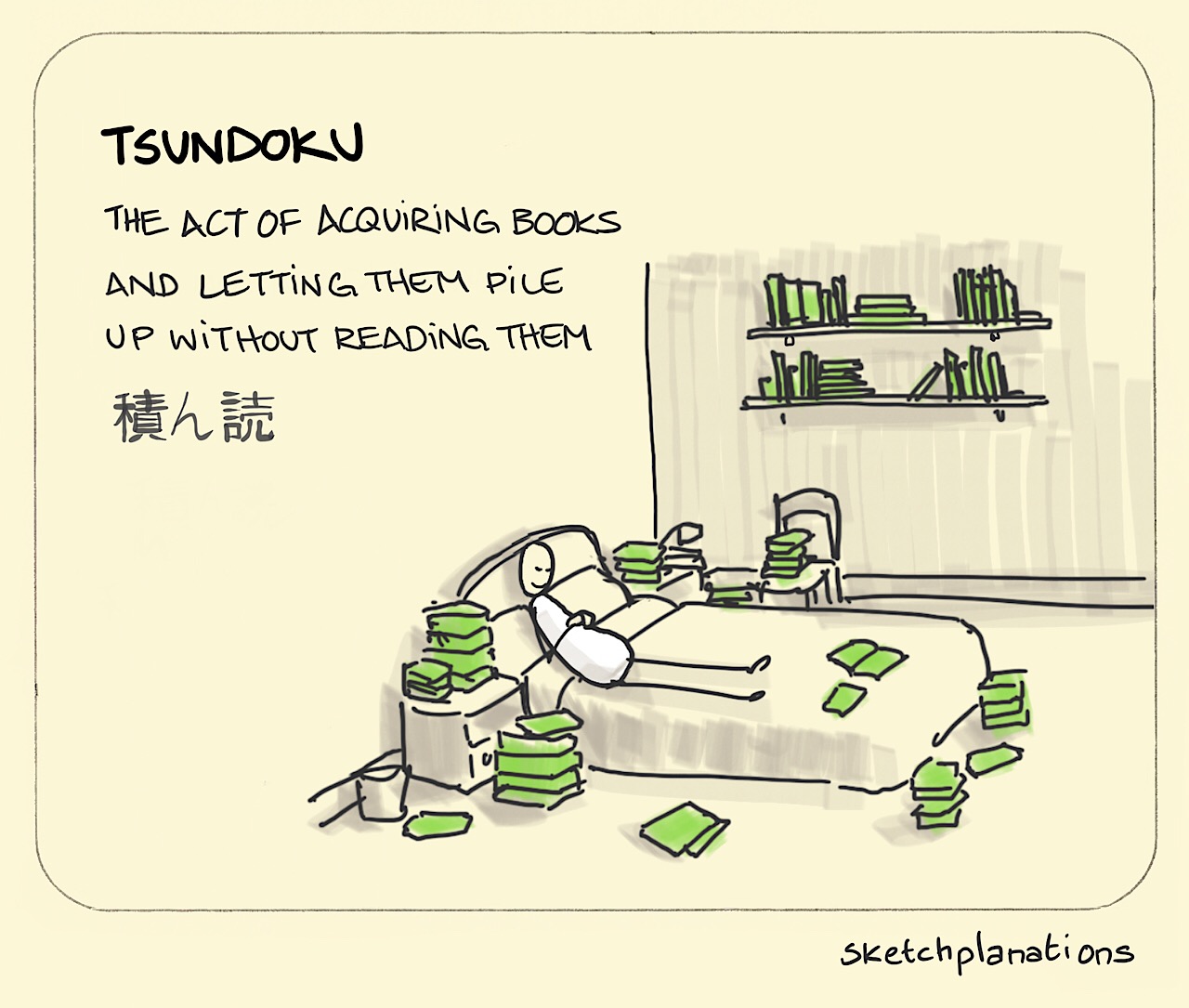