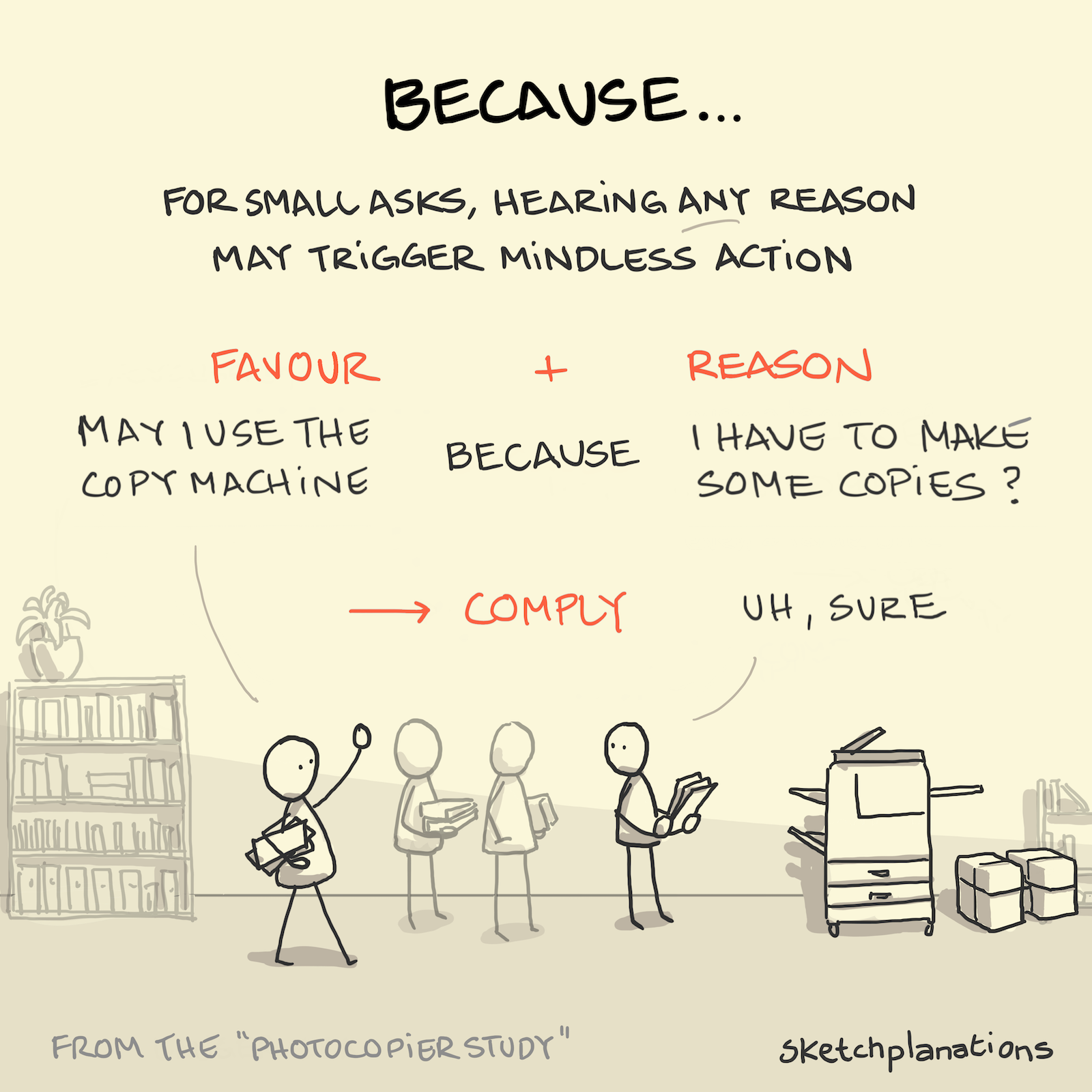 It's an old study now known as the photocopier study. The experiment had the experimenter try to cut in line at a copy machine at a University campus. The researchers found that when the ask was small — just 5 pages to copy — asking to cut in line with the rather circular reason of 'because I have to make some copies' was almost as successful as asking to cut in for the valid reason of 'because I'm in a rush', and both of them beat providing no reason at all. The effect disappeared with a larger ask of 20 pages.

The theory was that with a small ask just providing any reason after the word 'because' may trigger an automatic script of 'Favour + Reason --> Comply' — if we don't really think about it we just see the pattern and act. Which suggests that a) if you have a small ask you might be better off providing a reason for it, no matter how small, and b) if we want to avoid acting mindlessly when people ask a favour it may benefit us to pay closer attention.

The study was led by Ellen Langer who has since gone on to write a host of books on mindfulness.

From: Langer, E. J., Blank, A., & Chanowitz, B. (1978). The mindlessness of ostensibly thoughtful action: The role of "placebic" information in interpersonal interaction. Journal of Personality and Social Psychology, 36(6), 635–642. 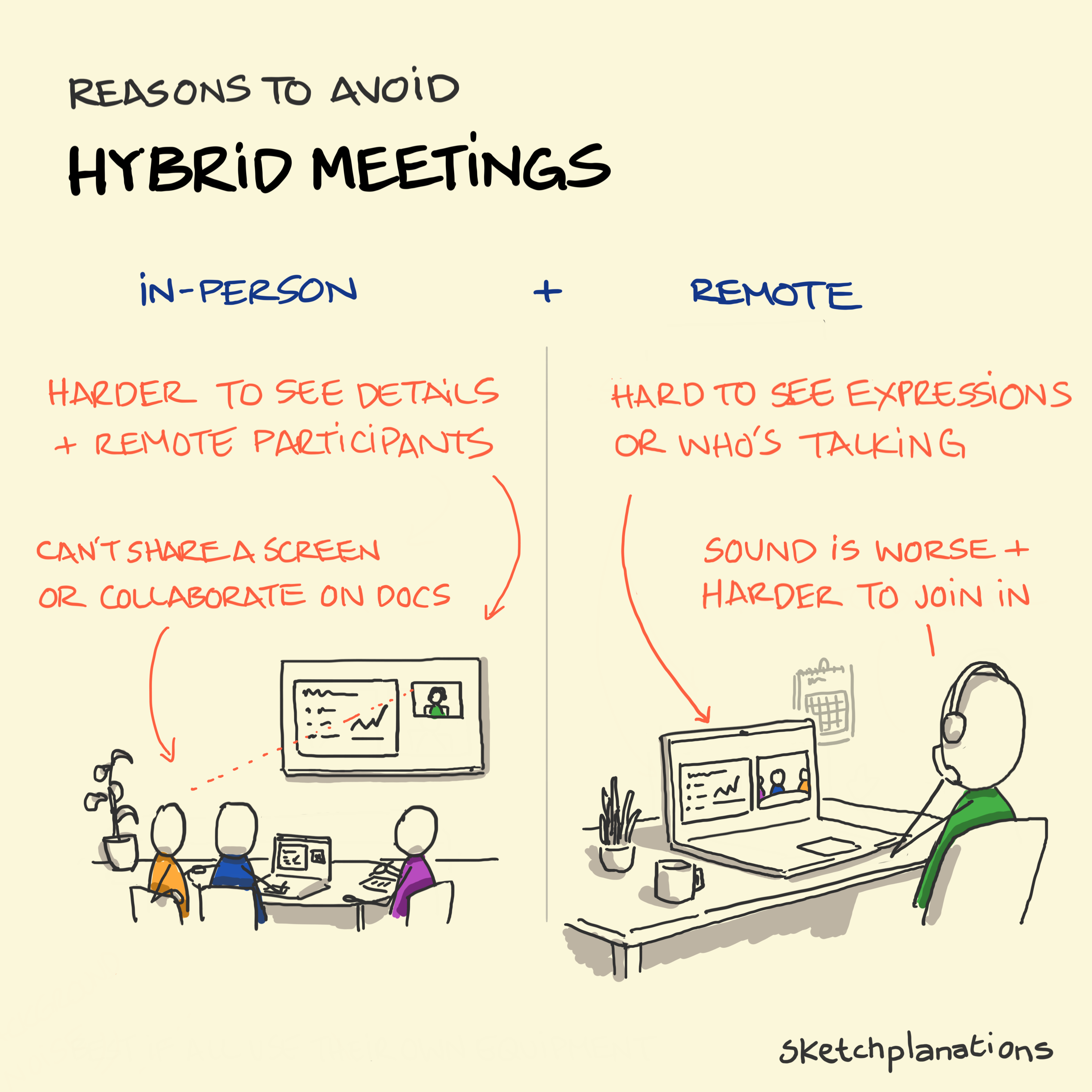 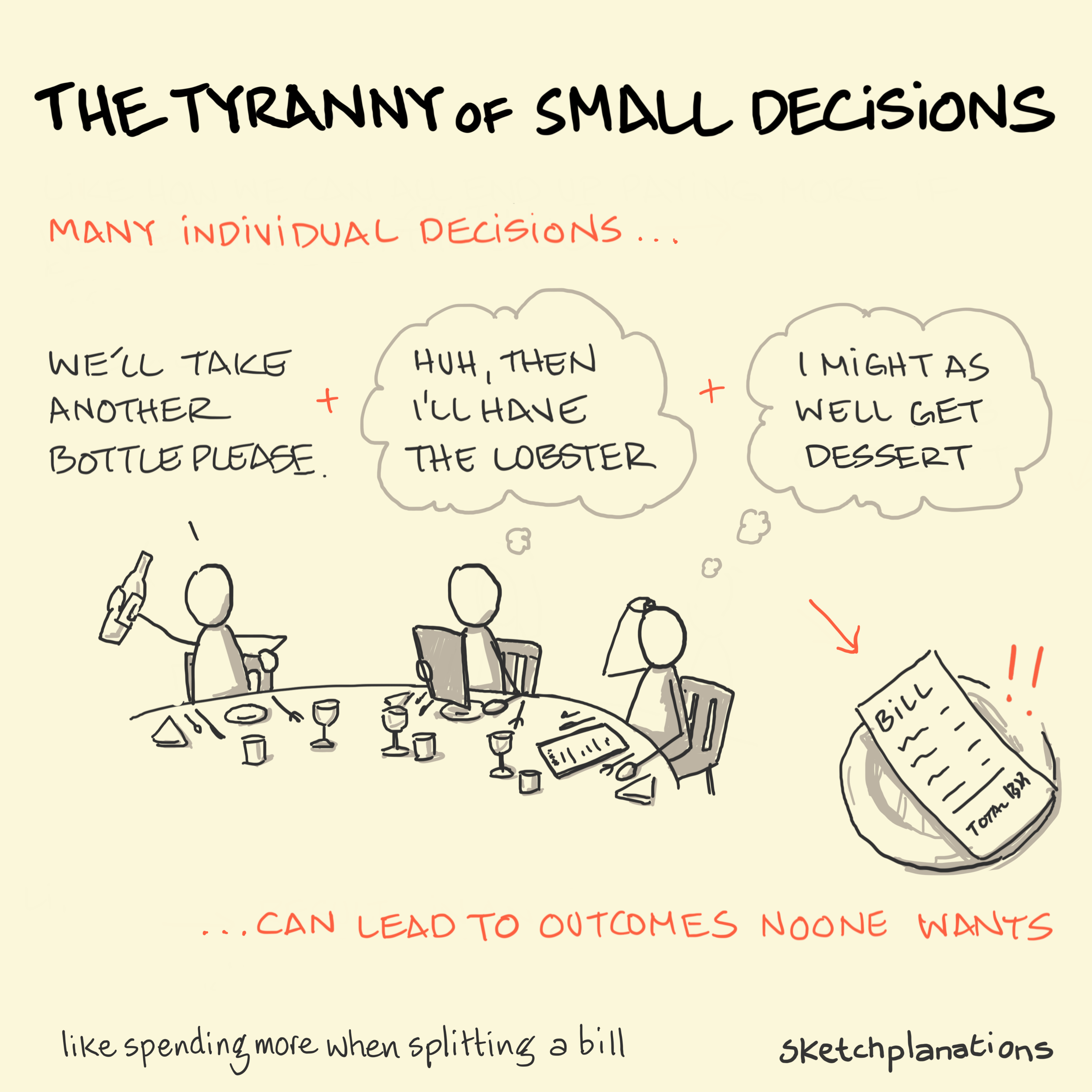 The tyranny of small decisions
k