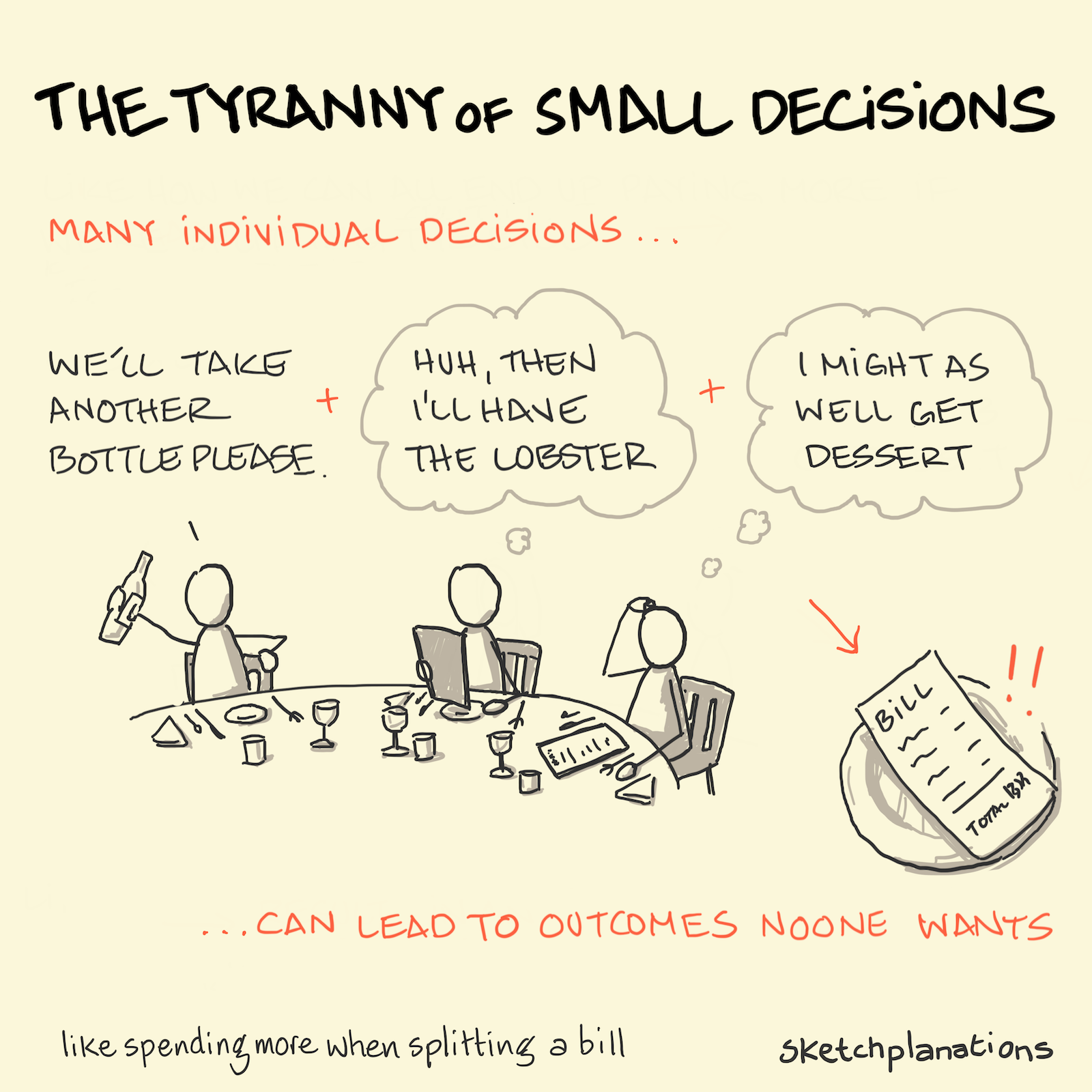 The tyranny of small decisions

The tyranny of small decisions is the challenge we face when many individual decisions, when taken together, result in an outcome that is suboptimal or that the group as a whole doesn’t want.

Say you’re at a restaurant with friends and early on there’s a plan to split the bill. Your thoughts of a cheap night evaporate with the knowledge that just getting a salad makes little difference if others are getting martinis and appetizers. Heck, if you’re paying for those anyway why not get a dessert? And so a group will often pay more when splitting the bill. It’s also an example of the tyranny of small decisions.

Named in a paper by the Cornell economist Alfred E. Kahn, he also discussed the example of the passenger services on the Ithaca railroad. The many daily decisions of people choosing to drive or fly rather than travel by train ended with a train route that was no longer viable and closed, even though each person may have actually wanted to keep a train option.

Similar ideas to the tyranny of small decisions include the tragedy of the commons, the Abilene paradox, and local optimisation. 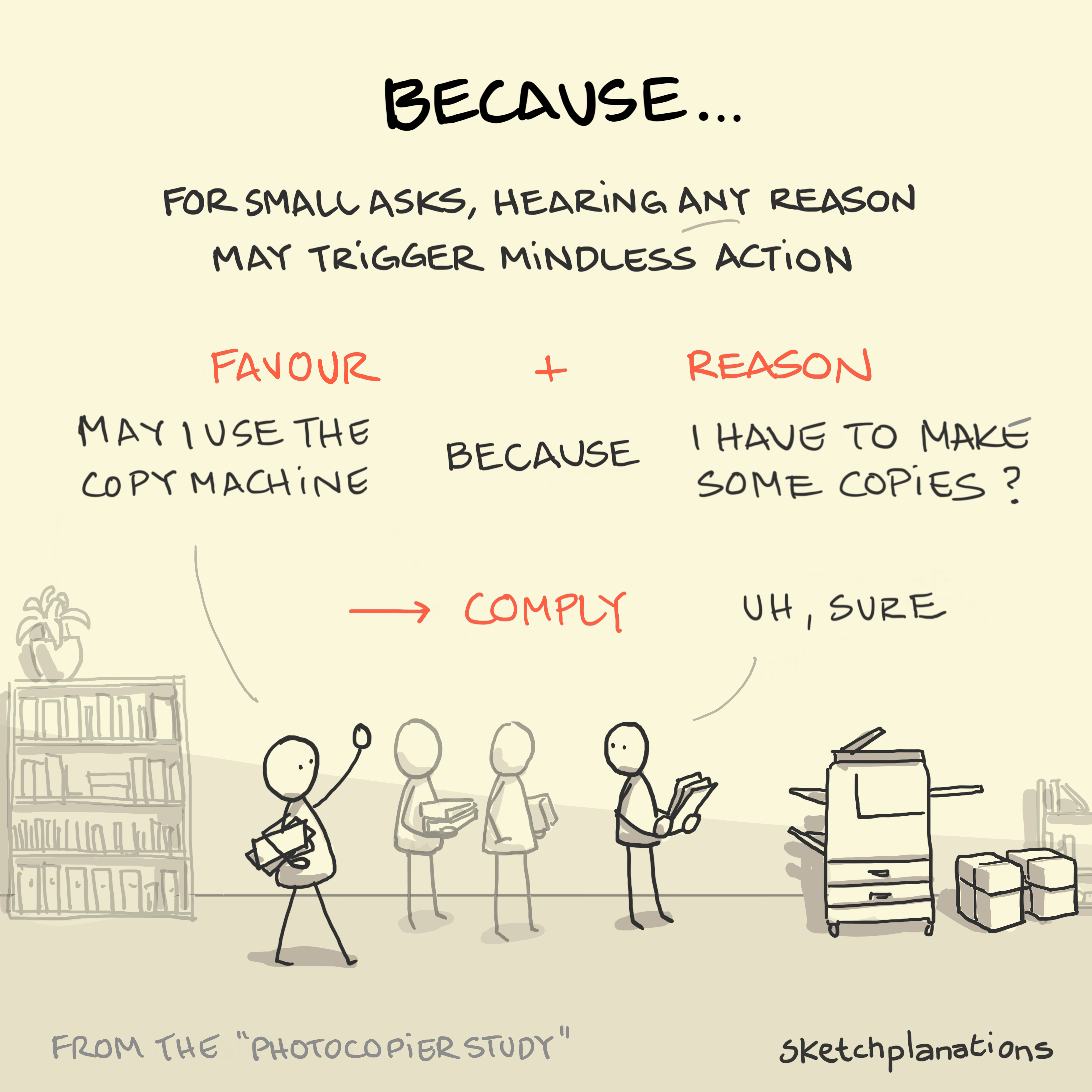 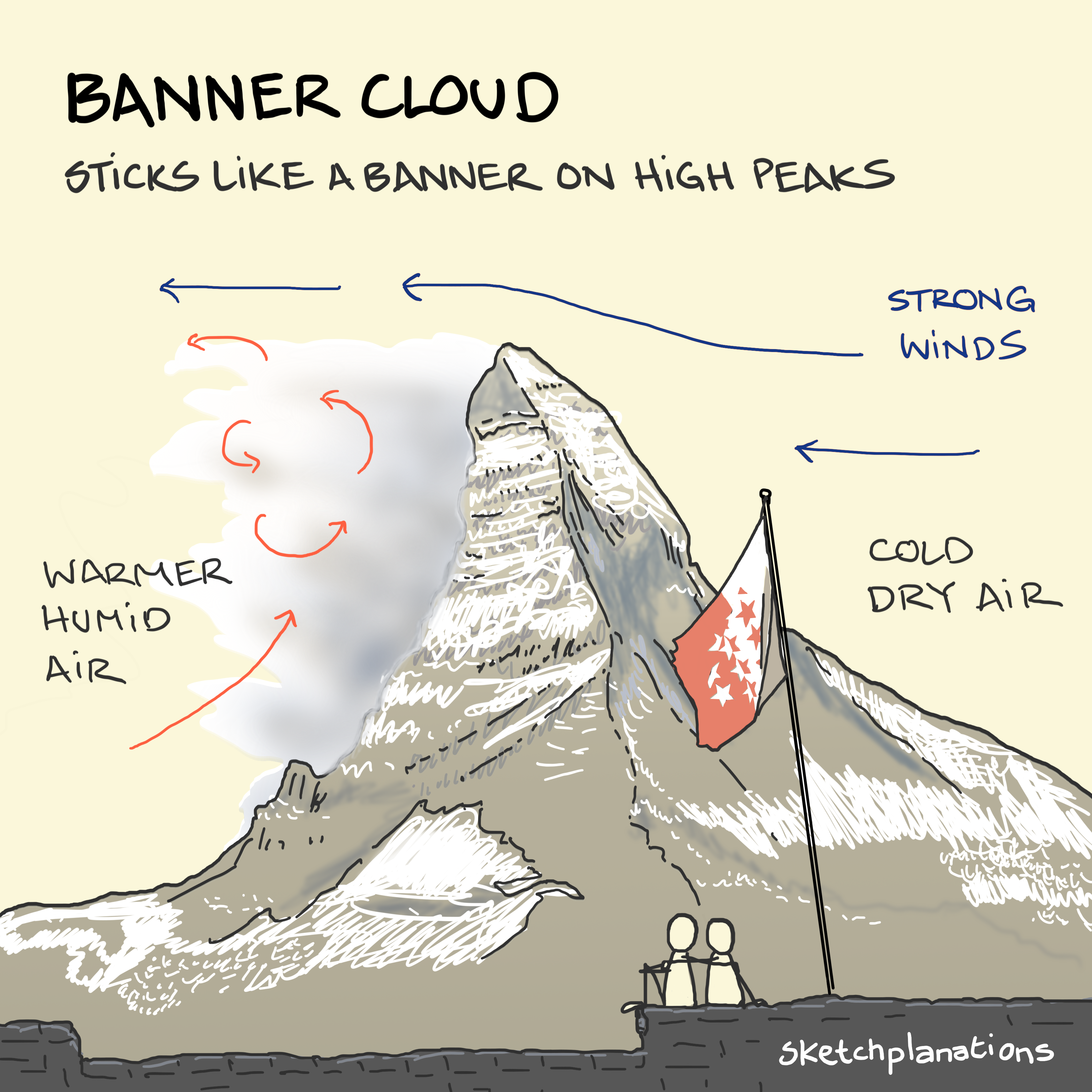