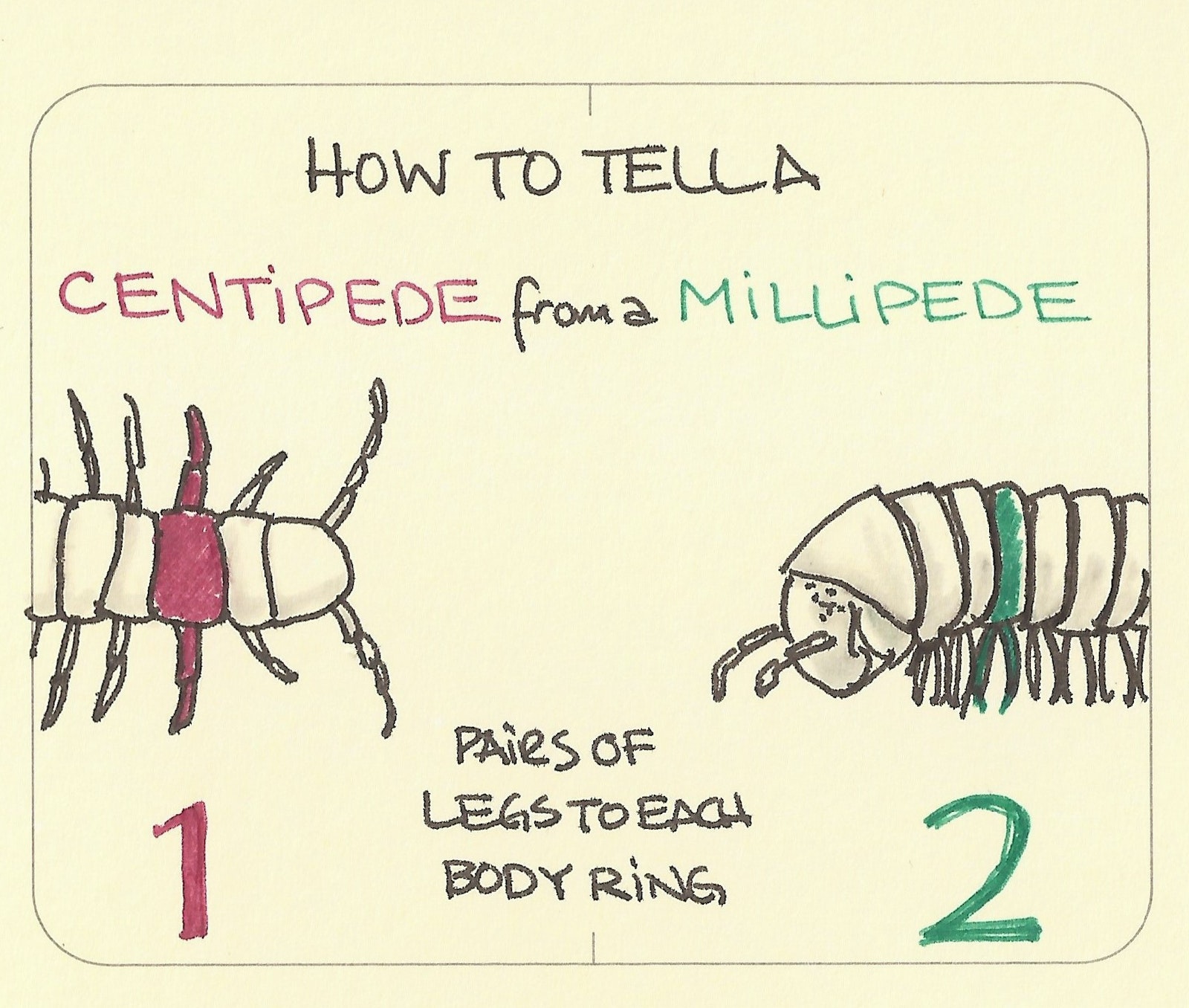 How to tell a centipede from a millipede

A centipede has 1 pair of legs on each body ring, and a millipede has two on most body segments. Hence millipedes will generally have plenty more legs to go round. As far as I know this is fairly foolproof. Though generally speaking there are more obvious ways to tell, such as millipedes looking more like long armoured nice round worms and usually moving slowly, and centipedes zipping around while generally seeming more long-legged and insecty, with longer antennae at the front and longer angled back legs, sometimes with hooks for defence.

If you were offered to pick one of them up, you’d probably pick the millipede.

Also, in case you were tempted to think they are insects, they’re not because insects have six legs. They are arthropods (loosely meaning jointed feet) along with insects, spiders, scorpions and crustaceans, but in their own subphylum of, aptly named, myriapoda (loosely meaning many legs).

Check out core insect anatomy for a sketchplanation insect refresher. 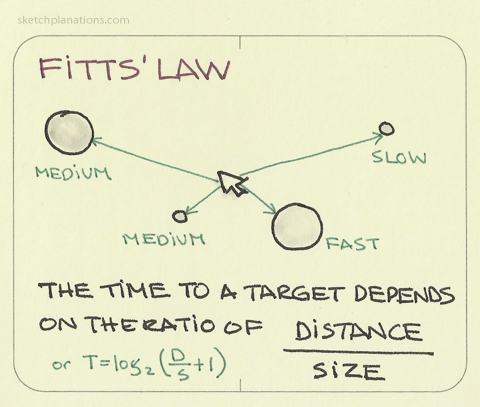 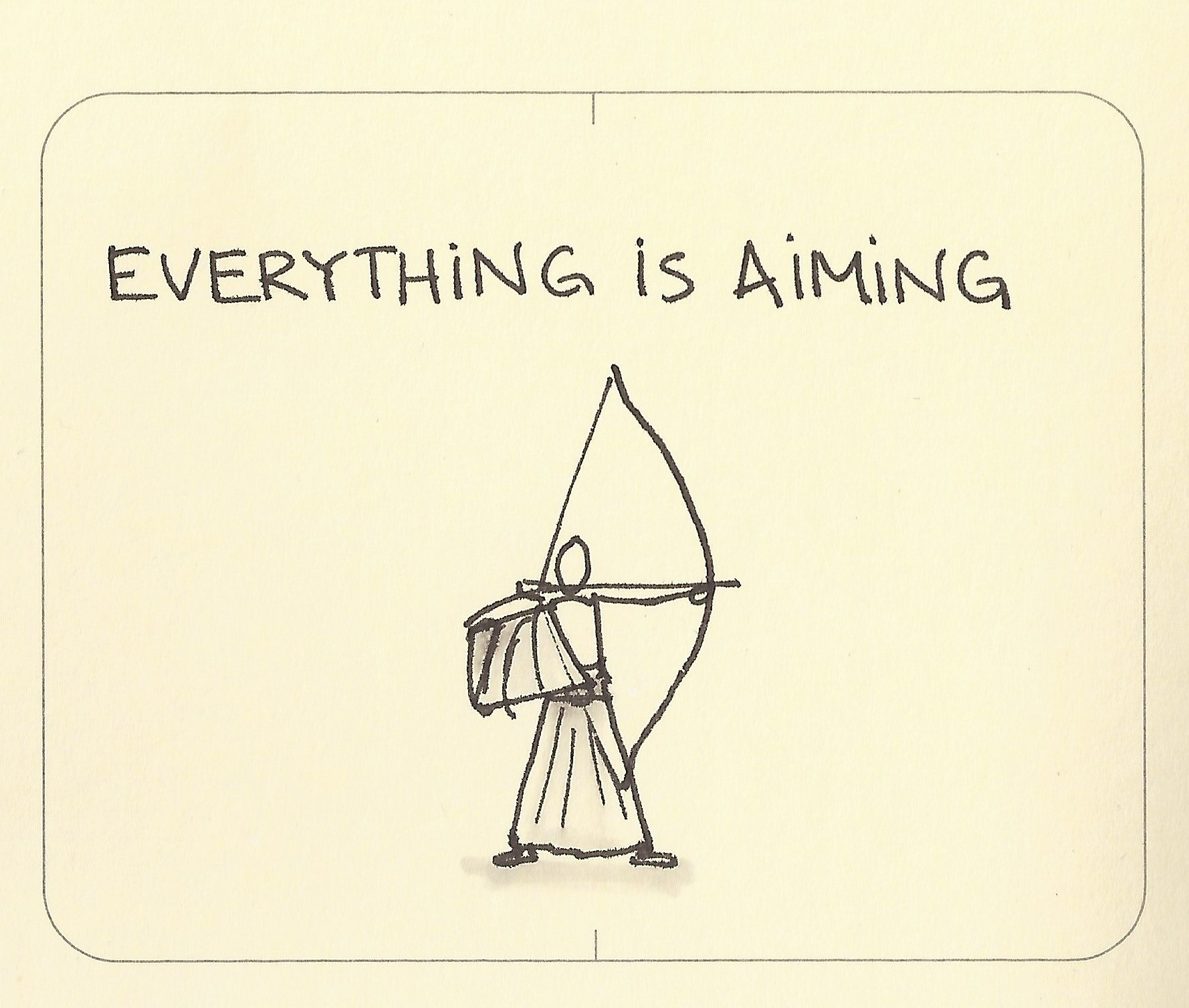 Everything is aiming
k