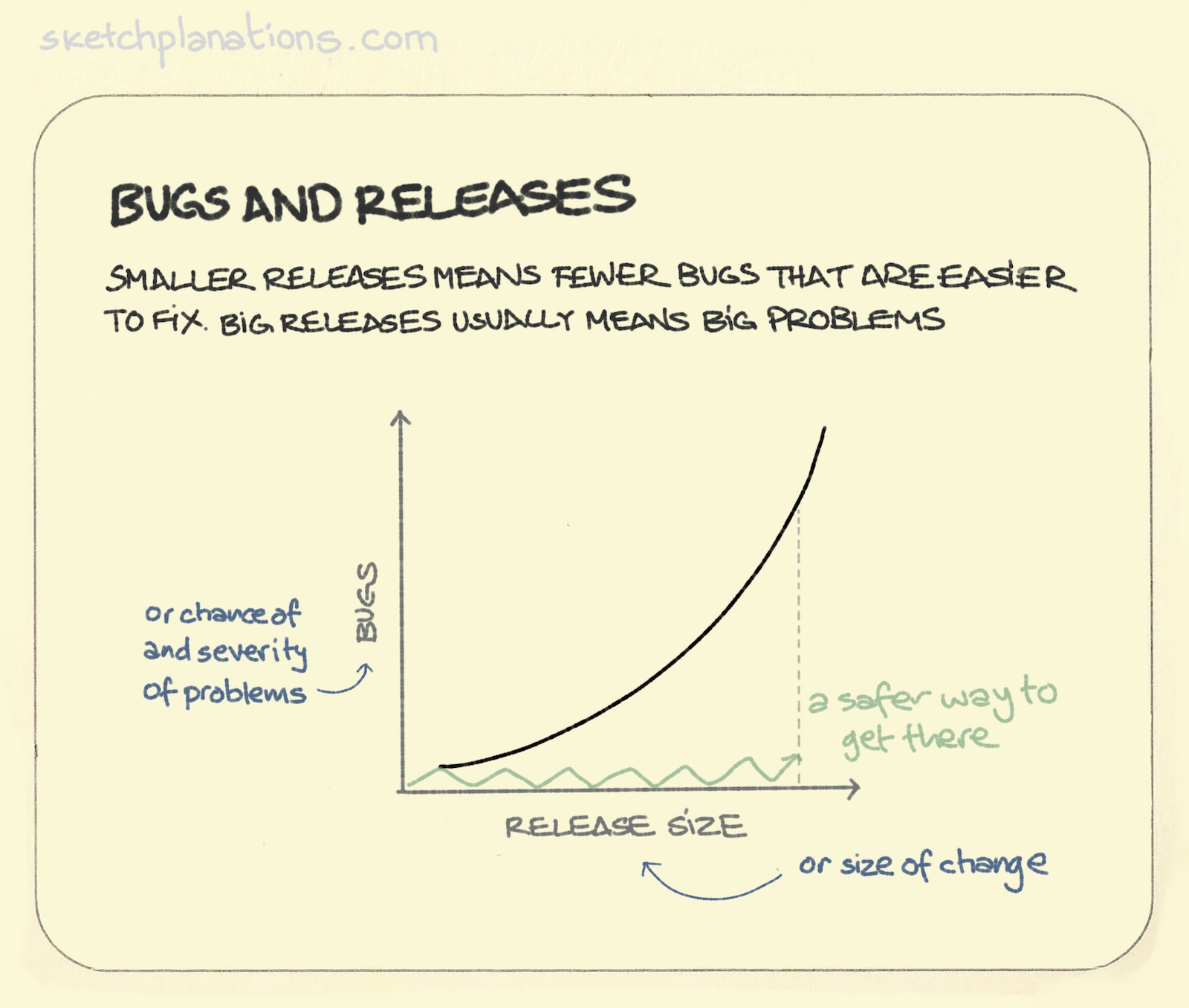 Smaller software releases generally means fewer bugs, and bugs that are easier to fix. The number of bugs created typically increases with the complexity of interactions of code, which in turn increases with the size of release. This means that a number of smaller releases can hopefully get you to a large change in a safer way with less bugs, and less problematic bugs, created along the way than a single release with the whole lot. There’s probably a somewhat more general relationship with amount of unexpected problems created and the size of any change.