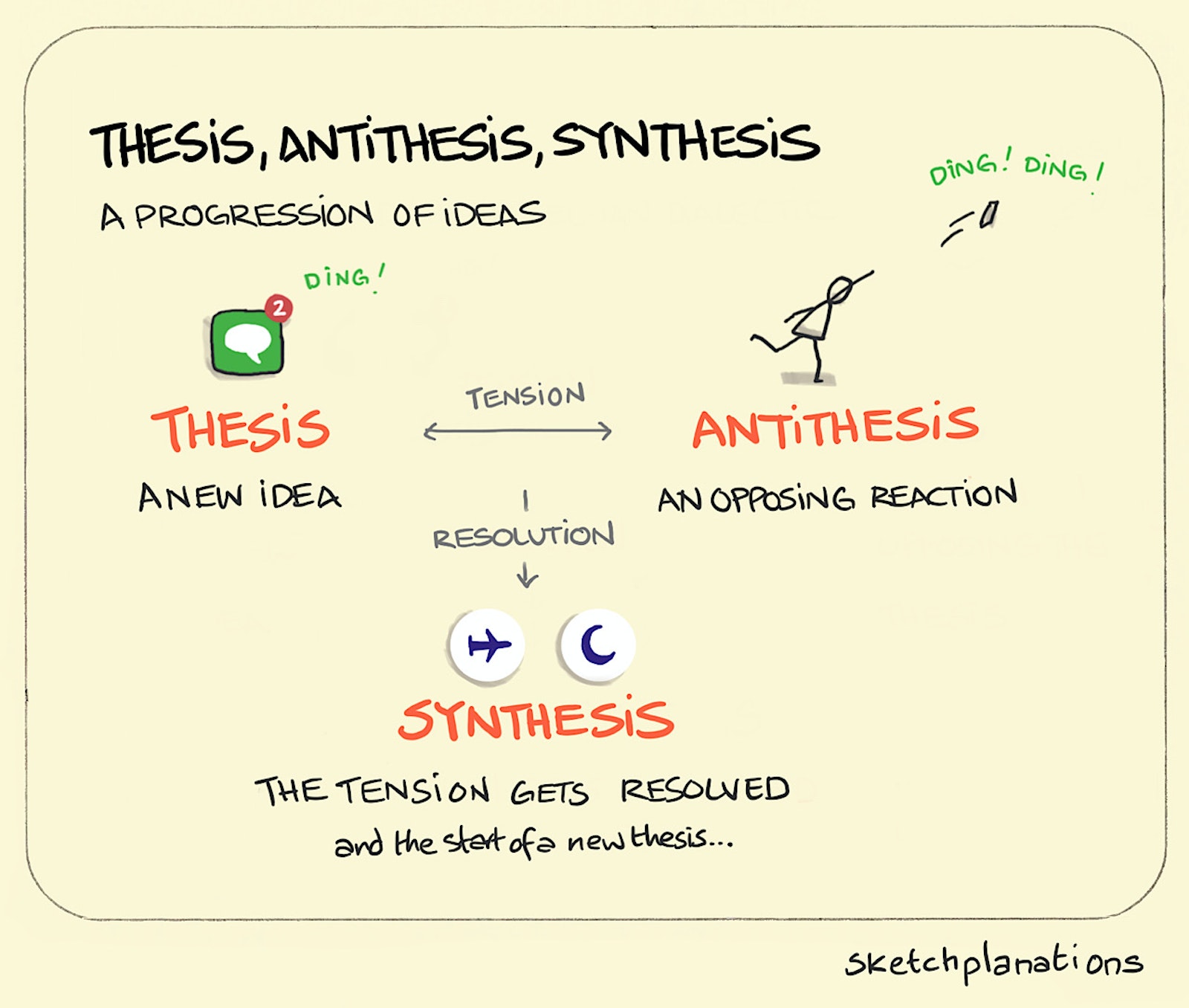 This simple model for the progression of ideas is sometimes called a dialectic. It has many philosophical roots, but regardless it’s a nice way to think of how ideas, and perhaps society can progress. Something is created or put forward. It has some benefits but gives rise to negative effects and somehow we figure out a resolution as progress. That new solution then becomes the basis for the next step.

In engineering I learned that we progress by the resolution of contradictions. As a very simple example, it’s nice to have a walking stick. But a full-length walking stick is difficult to transport. You want it to be long when you’re walking, and short when you’re traveling with it. So we invent retractable ones. But retractable ones break more easily, so we invent…to be determined.

You also see a similar idea in stories, for example, the story spine.

It’s sometimes erroneously called Hegel’s dialectic, perhaps partly because Hegel’s work was sometimes so difficult to grasp and this is nicely simple. 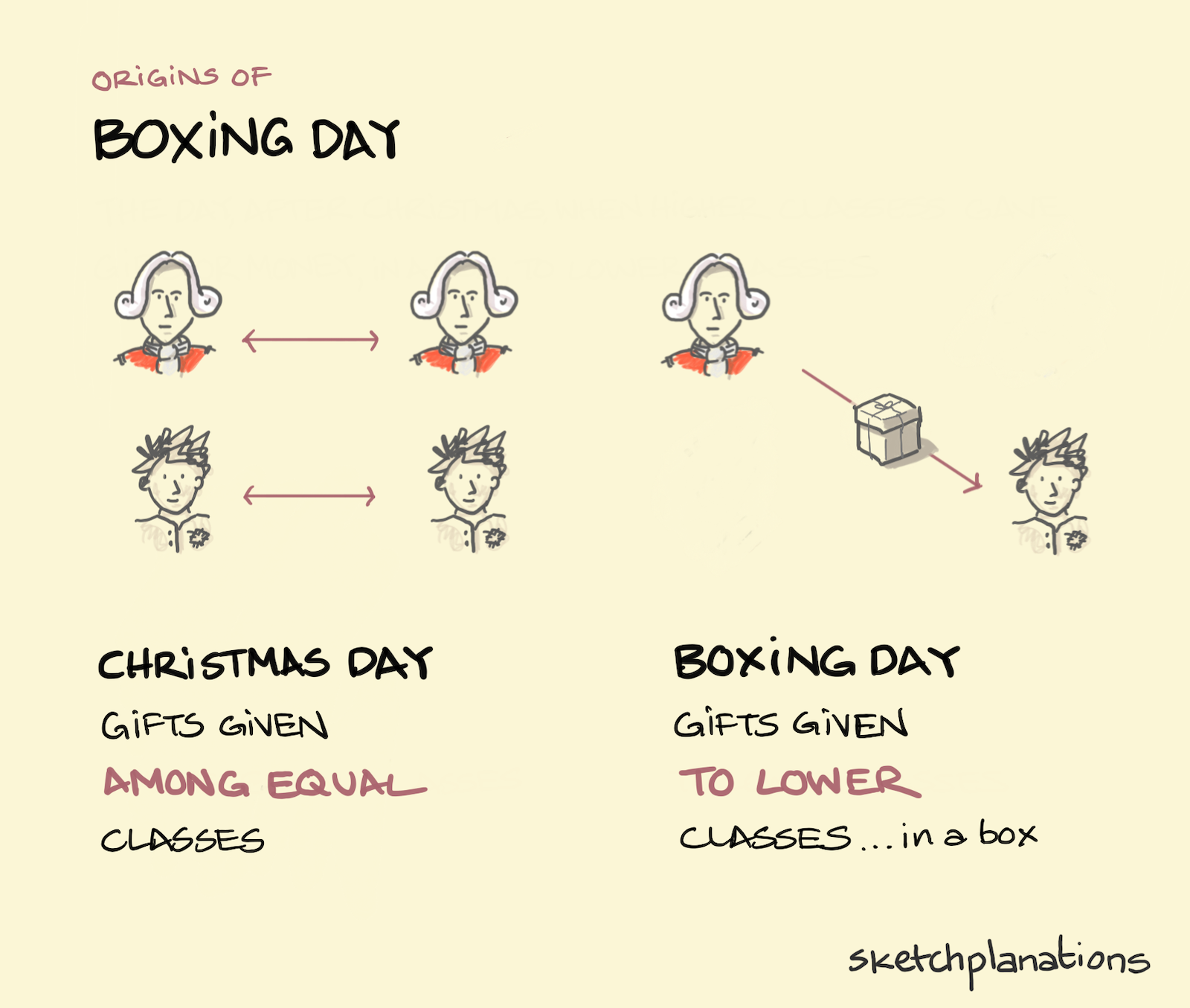