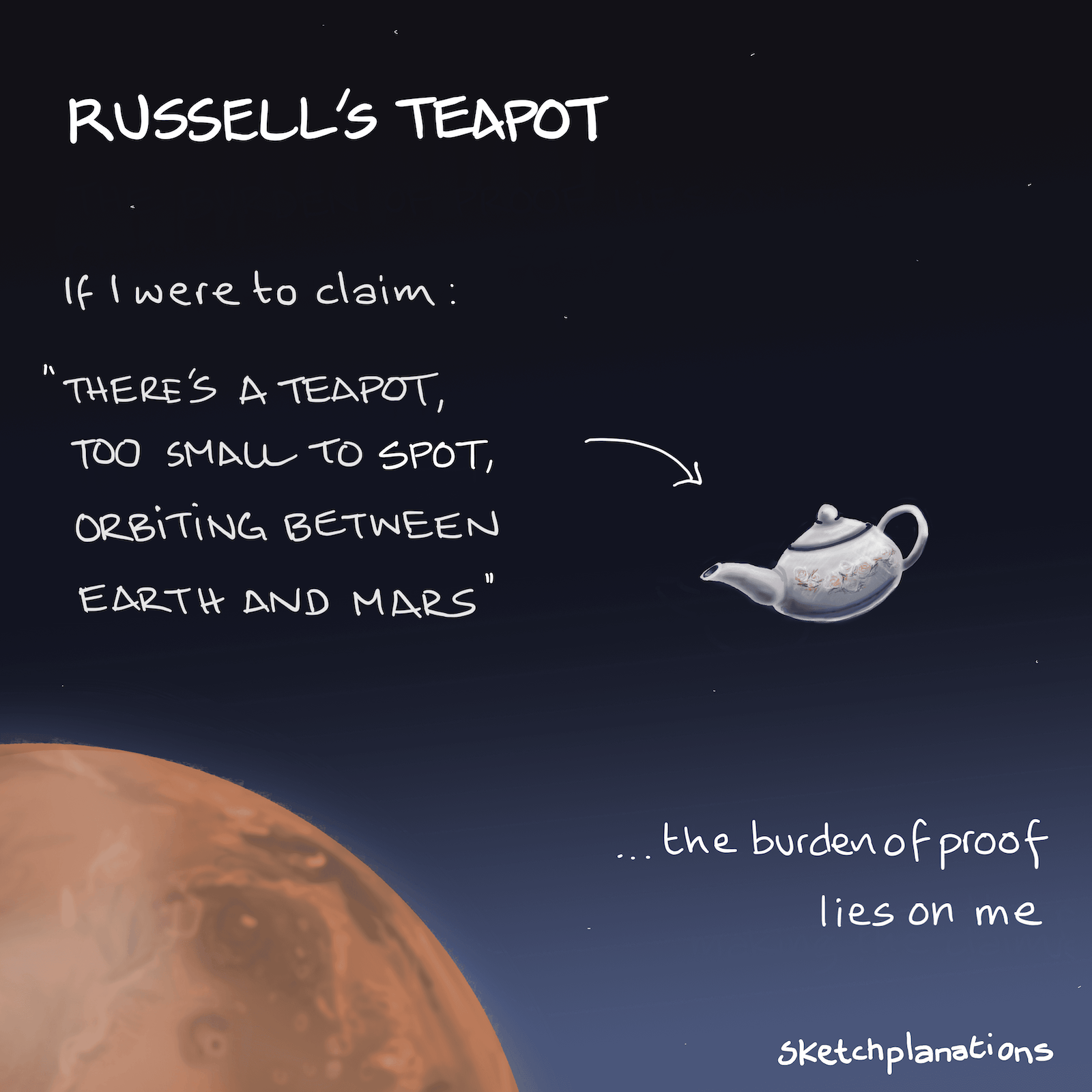 Russell's teapot is a memorable example illustrating how, if you are going to make claims that are difficult to verify, the burden of proof lies on the one making a claim — not on any skeptics to disprove it.

The example he gave was claiming there's a china teapot in elliptical orbit somewhere between Earth and Mars that's too small to spot with a telescope. He suggests it would be unreasonable to expect anyone to believe such a patently unfalsifiable claim.

Bertrand Russell original invoked the teapot in the context of religion and the existence of an unverifiable God, in a similar vein to the Flying Spaghetti Monster and Carl Sagan's invisible dragon. It can however be applied much wider than that.

I learned about it from a helpful commenter on the BS Asymmetry Principle, also known as Brandolini's Law. 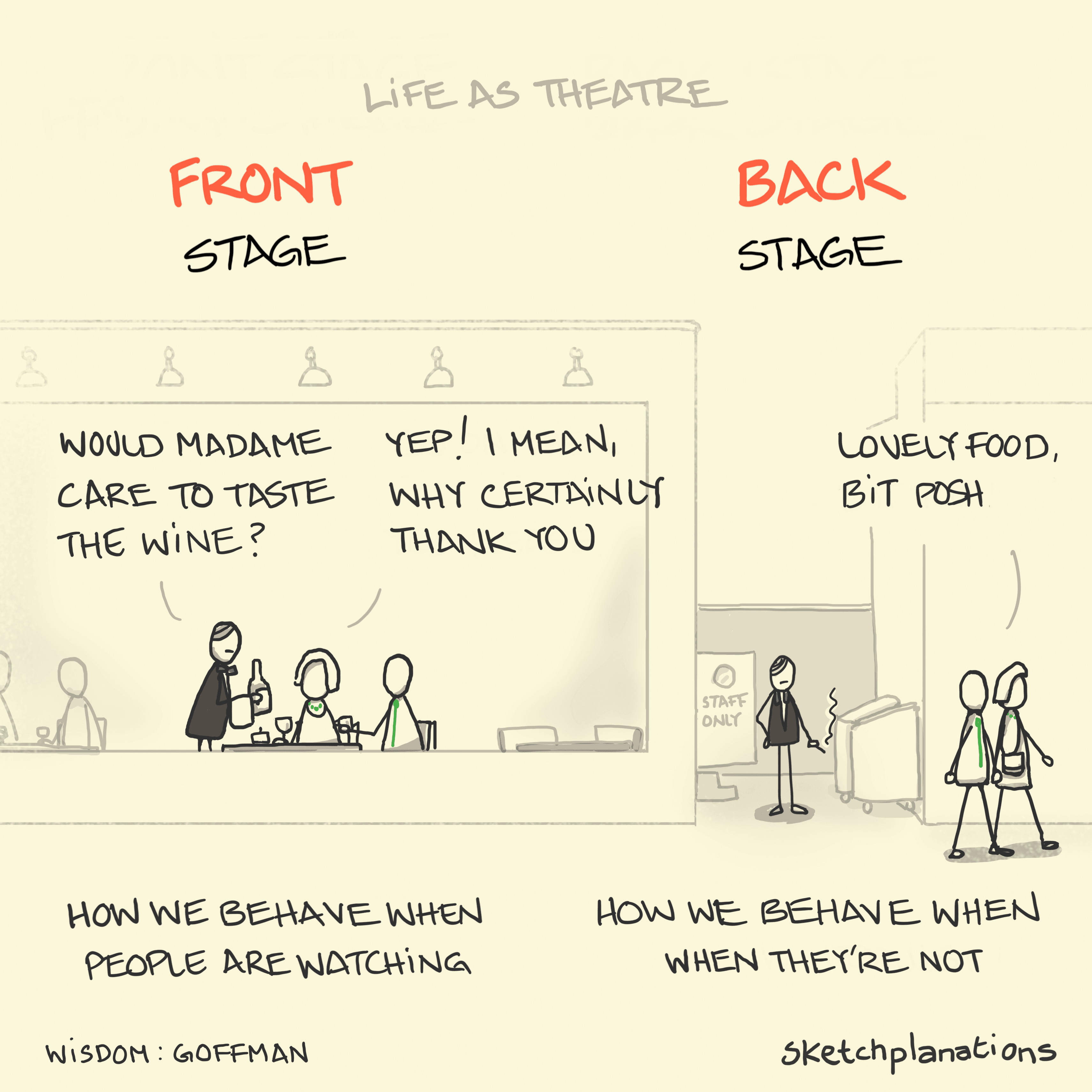 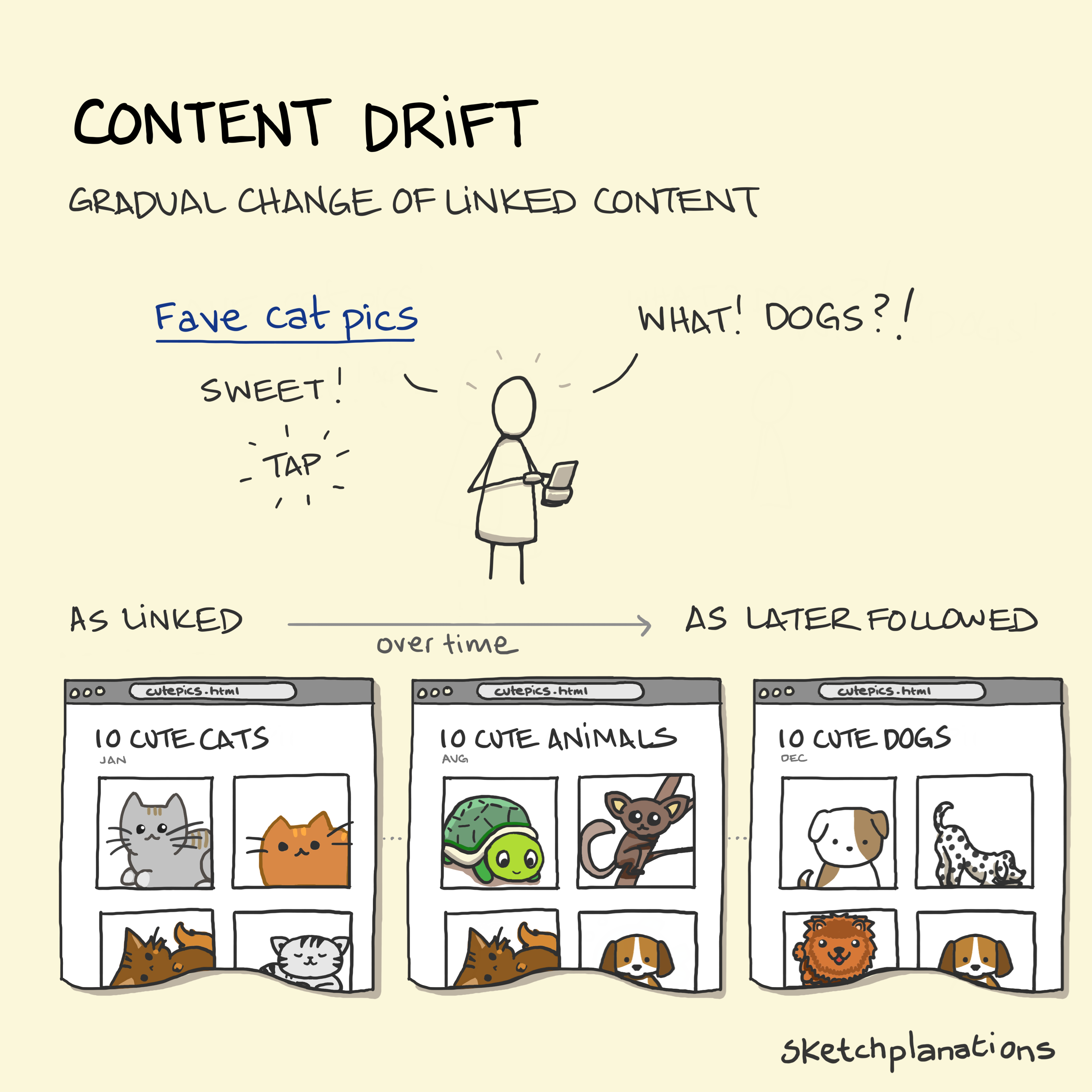