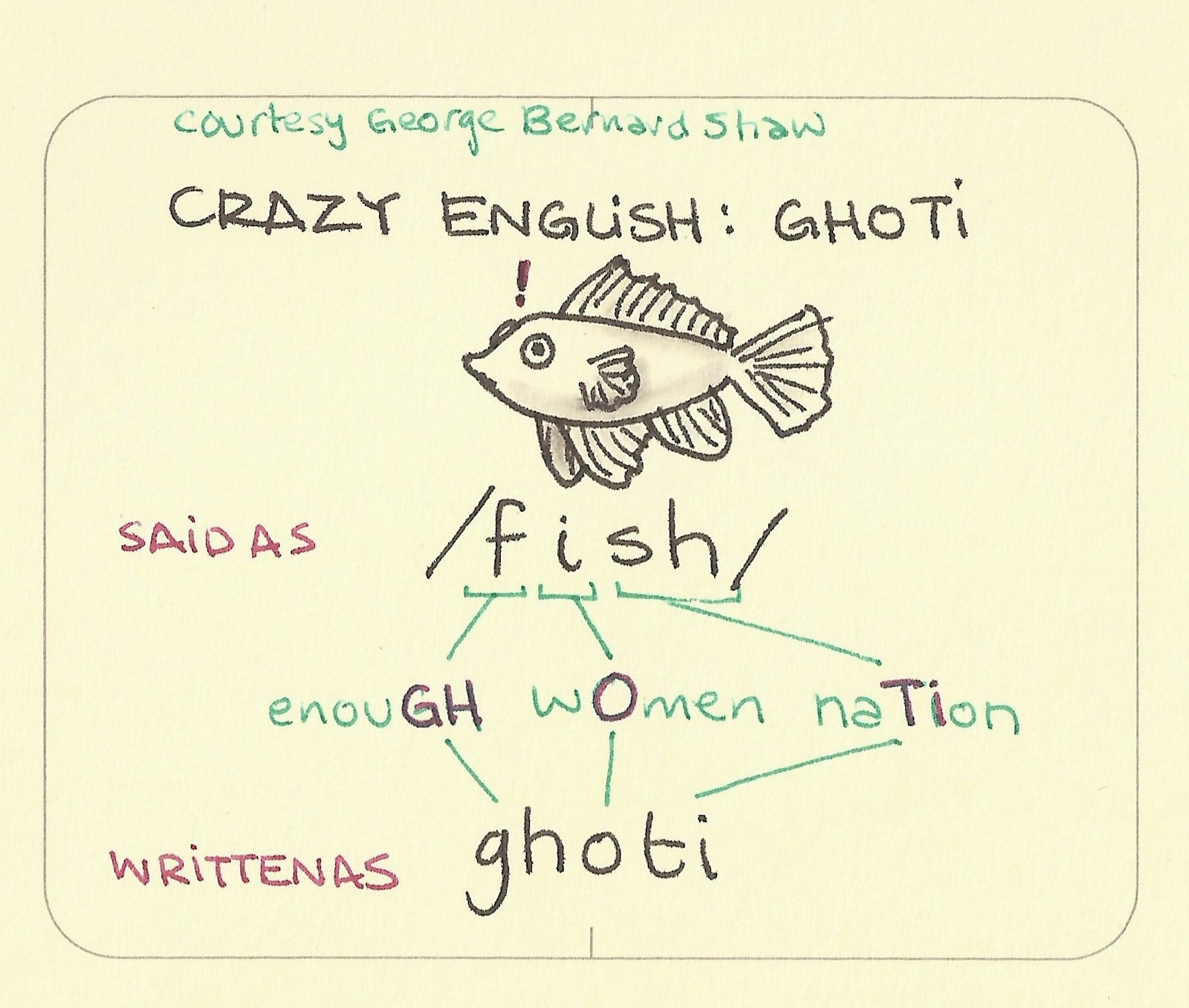 Ghoti is a constructed word intended to illustrate some of the craziness in English punctuation, in that, taking the sounds of its parts from different places, it could be said as fish.

In my book -ough in particular is the craziest as in enough, thorough, bough, through, although - all pronounced totally differently.

Credit: I’d heard it credited to George Bernard Shaw, but apparently his biography credits it to an ‘anonymous spelling reformer’.